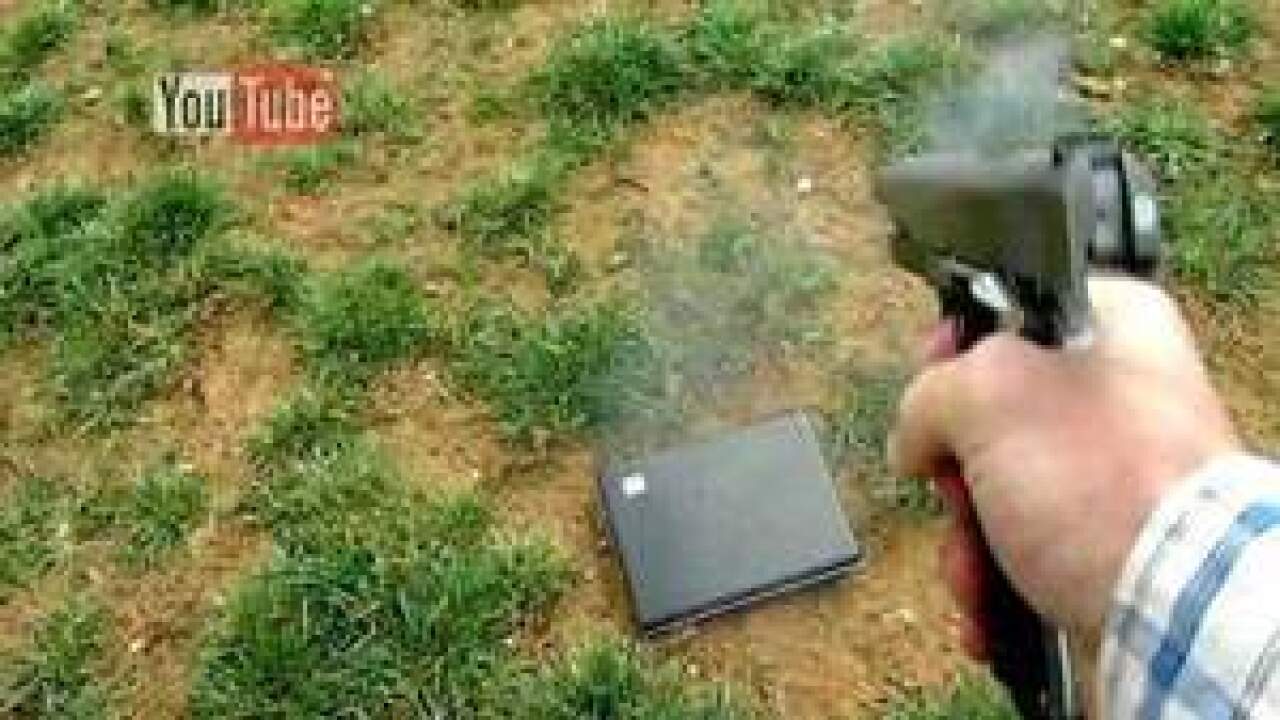 A video showing a father angry about his daughter's attitude and shooting her laptop with a handgun as punishment has gotten millions of hits on YouTube.

North Calolina father, Tommy Jordan, is seen lecturing his 15-year-old daughter for a letter, addressed to her parents on Facebook she thought would never see.

"For all you parents that think your kids don't post bad things on Facebook, well I want to read you one I took off my daughter's Facebook wall," Jordan tells the camera.

A video lecture, that has garnered over two million hits on YouTube. He rails against the complaints of his spoiled teenager, Hannah, who addressed the letter to her parents, complaining of being overwhelmed with housework.

"To my parents, I'm not your damn slave, it's not my responsibility to clean your (expletive)," she writes in one part of her letter.

She gives a laundry list of chores she says is unfair for her to do in light of all her schoolwork. She thinks she could be paid for her chores.

Hannah finishes her letter: "I'm gonna hate to see the day when you get too old to wipe your (expletive) and you call me asking for help, I won't be there ...signed, your pissed kid Hannah."

"Pay you for chores? Are you out of your mind? You're a 15 going on 16 years old. You want things for you laptop, you want a new battery, a new chord, a new camera, a new phone, a new iPod, but you won't get off your lazy (expletive) to even look for a job," Jordan says on camera.

Hannah's father takes his daughter's letter, crumples it up and continues saying: "Kid you got it easy, way easy. It's about to get hard, a whole lot harder today."

That is when Tommy gets up from his chair and the laptop comes into frame.

And with that he immediately starts shooting round after round into the laptop.

"Oh yeah and after that comment you made about your mom, your mom told me to be sure I put one there for her. That's one's from her and if I got one left ... got two left," Jordan says emptying the clip.

Jordan signs off saying: "I hoped you enjoyed your little fiasco on Facebook. I hope it was worth all this."

Jordan says he did not think the video would get this much attention. He says he does not want to do any TV interviews, but has been posting updates on his Facebook page about how Hannah and the public has reacted.

Hannah is being interviewed by child social services.