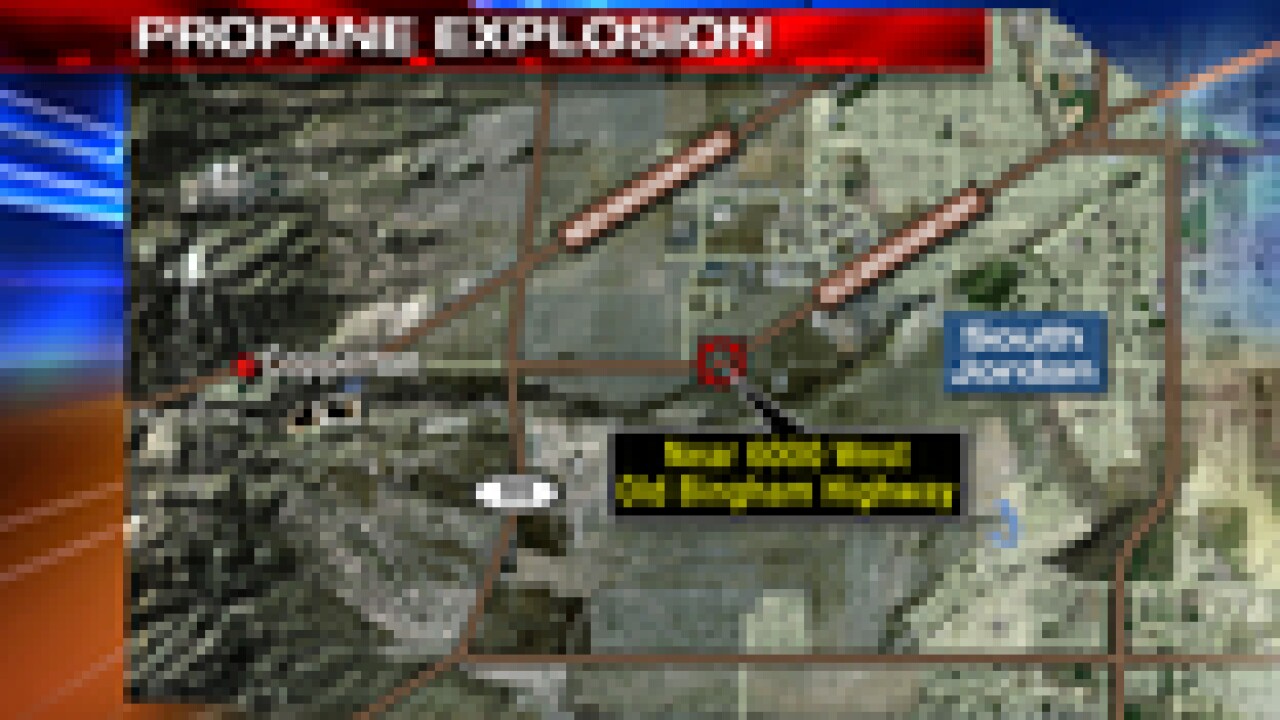 Three workers were injured Friday morning in a propane tank explosion at a construction site in South Jordan.

The workers were painting an underground water pipeline in a trench near 6000 W Old Bingham Highway. They were using a propane heater and some gas was lingering in the air. It is unclear what caused the heater’s tank to combust.

The workers were pulled from the trench by fellow construction workers after the explosion.

The three victims suffered burns. One was taken by helicopter to Intermountain Medical Center in critical condition with severe burns to his hands and face. Another was taken to the hospital by ambulance and the third worker was treated and released at the scene.