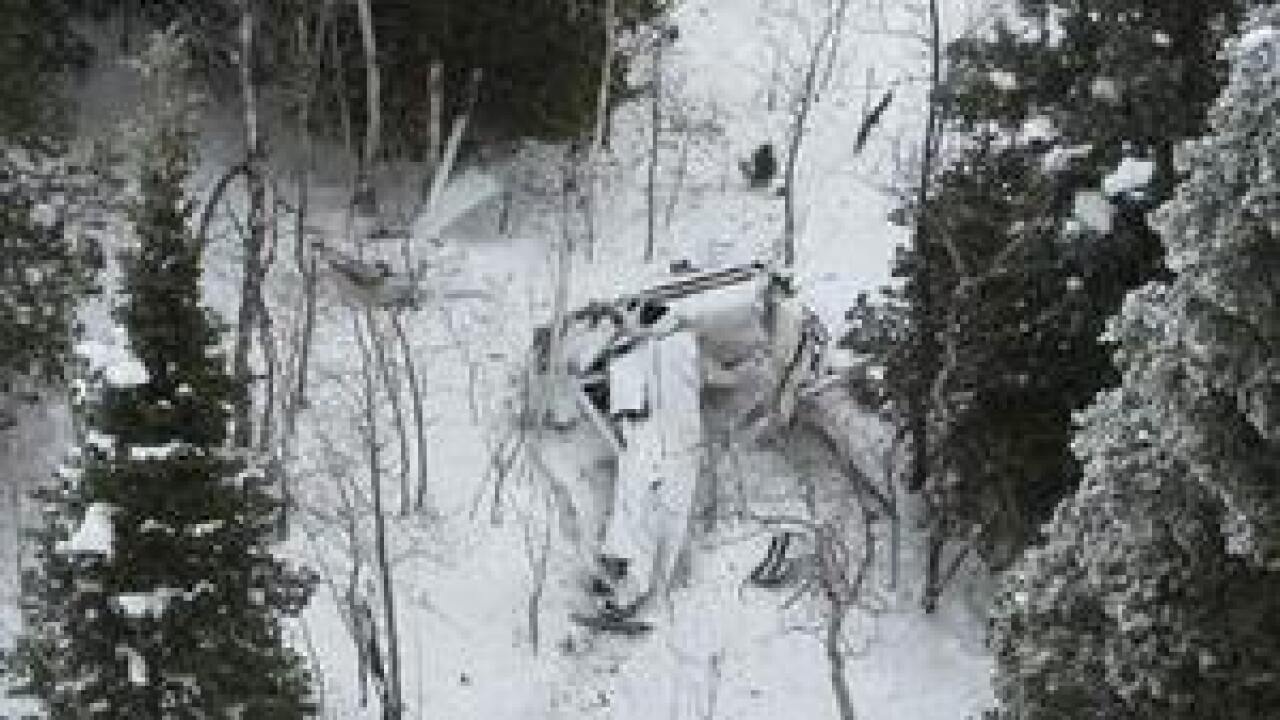 The wreckage of the single-engine plane was found Friday morning about nine miles from the airport.

"We have located the aircraft. We don't know how many people are in the aircraft," said Sgt. Jason Lee, of the Morgan County Sheriff's Office Friday morning. "It is in a really rough area. It is about 215 feet down a ravine off of a slope down the canyon. "

47-year-old Daleray Madewell and 35-year-old Jennifer Sebesta, both from Wyoming, were traveling in the Cessna 20 from Morgan City, Utah, to Douglas, Wyo. They took off from the Morgan County Airport about 6 p.m. Thursday, but turned back and started sending off a distress signal, before they vanished from radar.

Rescue crews spent several hours Friday hiking through deep snow to reach the plane because of the rugged terrain.

The search started about 8 p.m. Thursday night, but was called off around 3:30 a.m., before beginning again Friday morning.

"It was just too rugged and wet, and the conditions, it didn't pan out for them," said Sgt. Jason Lee, of the Morgan County Sheriff's Office.

It was snowing at the time the plane fell off radar, but emergency workers aren't sure if that led to the plane vanishing from radar. The FAA is investigating the crash. They are expected to look at the wreckage on Monday.