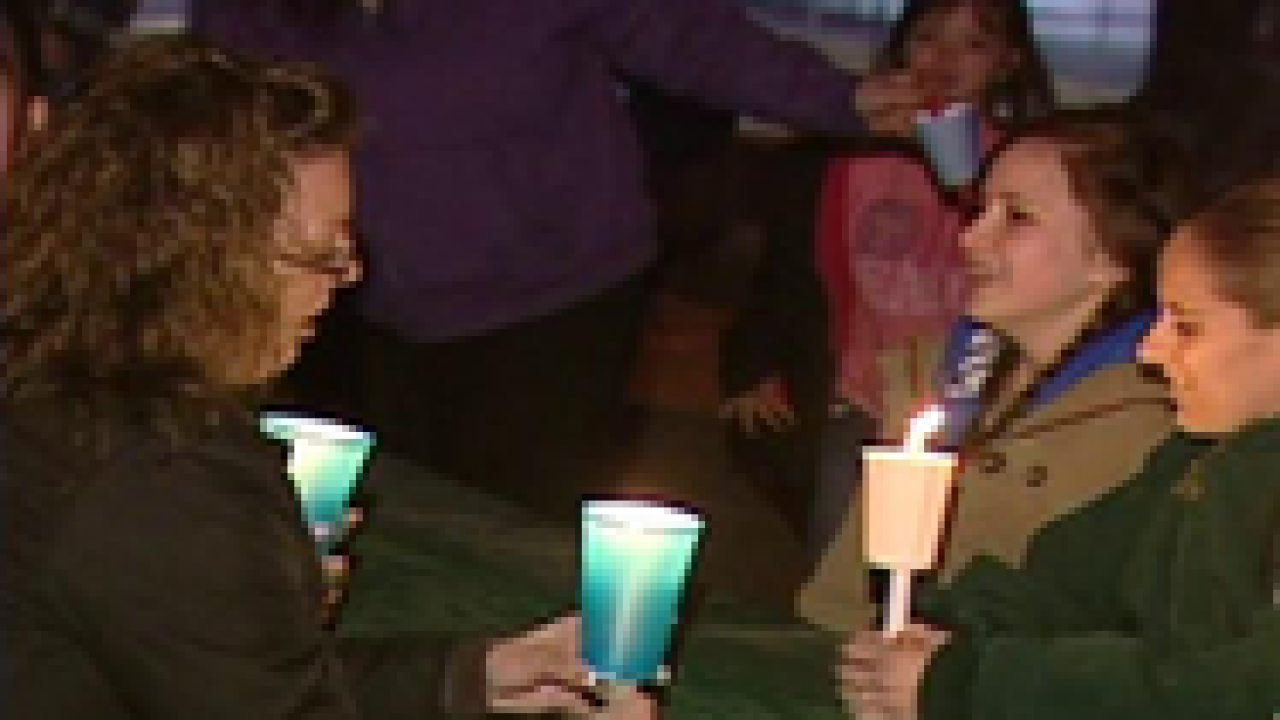 Several dozen people meet at Hunter Park in West Valley City on Saturday night to honor the memory of Charlie and Braden Powell.

Friends of Susan Powell say Hunter Park was her place to get away. She walked there while pregnant and played around with Charlie and Braden when they were toddlers.

"She used to bring her kids here, you could see her in her sunhat, following her boys along the trail and I thought, 'Perfect.' If they've been here, this is the perfect place to bring everyone," said Daniele Johnson, who helped organized the memorial.

Friends and neighbors gathered for an emotional ceremony to pay their respects for the boys, who were killed in Washington last Sunday.

"I wanted us here to have an opportunity to kind of show our support and say goodbye to the boys in our own special way," said Adam Page.

A funeral and memorial was held in Tacoma, Wash., on Saturday morning, with thousands attending in person or watching online or on television. The candlelight vigil in West Valley City was much smaller, with 60 or 70 people in attendance, but those who met at the park wanted a chance to pay their respects to Charlie, Braden and their families.

"Something we can participate in and hopefully the family can feel the love from here in Utah," said Tami Lewis, who helped organized the memorial.