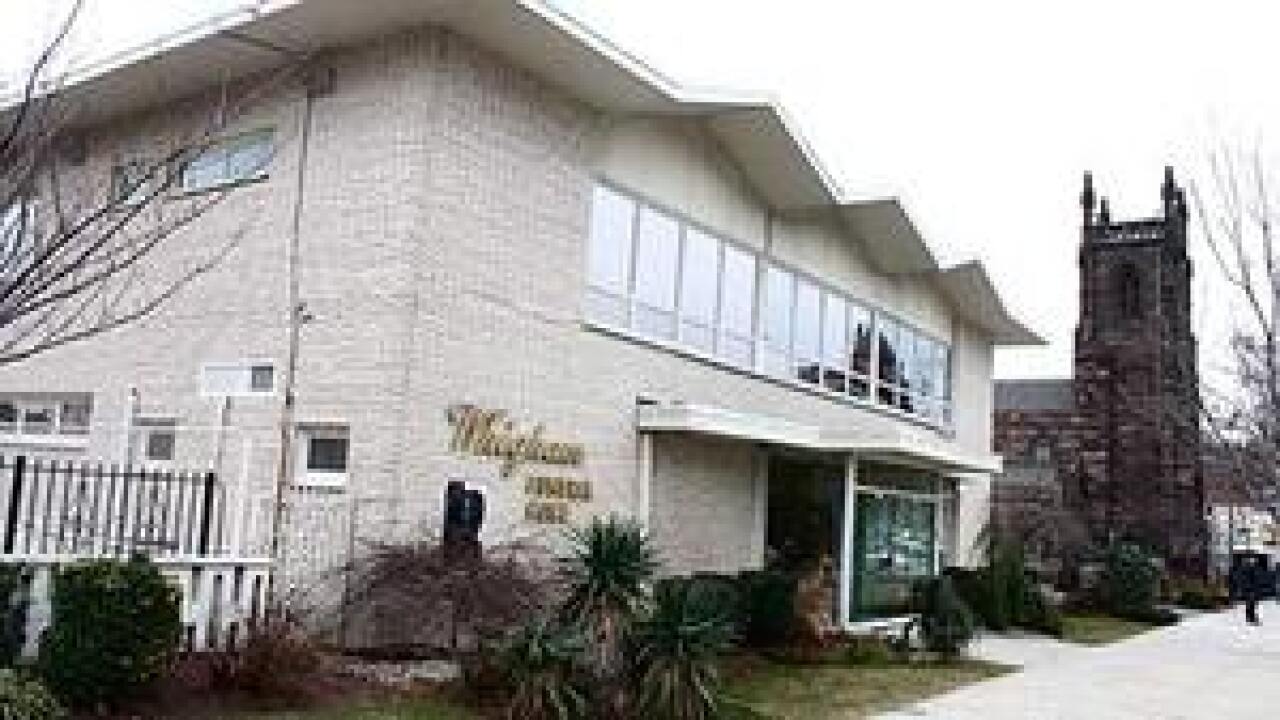 The funeral for pop superstar Whitney Houston will be held Saturday at her childhood New Jersey church, according to the owner of the funeral home handling the arrangements.

The service is set for noon at New Hope Baptist Church in Newark, according to Carolyn Whigham of Whigham Funeral Home.

Houston’s body arrived late Monday at the funeral home, borne by a hearse and escorted by police after arriving at Teterboro Airport. A large crowd was gathered at the funeral home. Cissy Houston, the singer’s mother, was waiting inside, police said.

Cissy Houston is “overwhelmed but strong. Her faith is getting her through this,” a close friend of the family who was also at the funeral home said Tuesday. The friend asked not to be named because of the sensitivity of the situation.

Whitney Houston, 48, was found dead Saturday in her suite at the upscale Beverly Hilton, just hours before she was scheduled to attend a pre-Grammy bash at the hotel.

And as Houston’s grieving family members prepared for her funeral, the exact cause of her death remained a mystery.

Assistant Chief Coroner Ed Winter said that “not many prescription bottles” were found in the singer’s room after her death. The amount of medications recovered by investigators was less than what is usually present in deaths attributed to overdoses, Winter said.

“I know there are reports that she maybe was drowned or did she overdose, but we won’t make a final determination until all the tests are in,” he said. Winter ruled out foul play and said there were no injuries to Houston’s body.

The singer’s soaring voice and impressive talent had taken a back seat in recent years to her struggles with drug addiction. However, said the close family friend, Houston was “no longer an addict,” meaning she was no longer using “hard drugs.” The friend said Houston was taking medication for a throat infection and Xanax for anxiety and to help her sleep. It wasn’t uncommon for her to have a drink when she went out, he said.

He said he had seen Houston about two weeks ago in New Jersey, and she told him, “I’m at a comfortable place in my life.”

The friend said Houston had been “clean” from hard drugs for three years and had not used cocaine or marijuana, and added that her family is upset by media coverage focusing on her history of drug problems.

“In her life, she made some bad decisions, but let’s not forget the good ones,” he said. “… She took care of foster children, and children with AIDS.” At Christmas, he said, Houston returned to Newark and gave to those in need.

Houston’s body was released to her family Monday after an autopsy was conducted in Los Angeles Sunday.

A funeral service will be held Friday or Saturday in New Jersey, according to a source close to Houston.

Authorities have not released a cause of death pending toxicology tests, which should be available in six to eight weeks.

“We do not know (the cause) yet,” Winter said. When it is known, the coroner’s office will notify police and Houston’s family, he said.

Beverly Hills police have requested a “security hold” on the coroner’s report, a common practice in high-profile cases that limits what can be revealed about an investigation while it is ongoing.

Asked how long Houston had been dead before she was found, Winter said she was seen alive within an hour of her death.

Winter confirmed reports that Houston was found in the bathtub of her hotel room. “I believe somebody removed her from the bathtub and the paramedics did CPR on her,” he said Sunday.

Houston’s body was found by her assistant, Mary Jones, who was often called “Aunt Mary,” a family source said Tuesday.

Houston’s 18-year-old daughter, Bobbi Kristina, was in the care of her grandmother Cissy and her father, Bobby Brown, the close family friend said Tuesday. Houston and Brown, an R&B singer, divorced in 2007.

On Monday night, Aretha Franklin, the singer known as the “Queen of Soul” and Houston’s godmother, honored her at a concert in Charlotte, North Carolina, according to CNN affiliate WSOC.

Franklin called Houston “one of the greatest singers that has ever stood before a microphone,” and sang Houston’s smash hit song, “I Will Always Love You,” the station said.

A singer who participated in an impromptu duet with Houston at a party Thursday night said she was not behaving erratically.

“I didn’t see someone who was high,” Kelly Price told CNN’s “Starting Point” on Monday. During the party, Houston took the stage unexpectedly and sang a hoarse rendition of “Jesus Loves Me” with Price.

Bobbi Kristina Brown was treated for stress and anxiety twice following her mother’s death, a source close to the family said. She was taken to Los Angeles’ Cedars-Sinai Medical Center on Saturday night and again on Sunday.

Kim Burrell, a gospel singer and Houston’s friend, said she was with the teenager late Saturday and said the girl had felt “overwhelmed.” But Burrell expressed confidence that “she’ll pull through.”

Bobby Brown was swarmed by media when he arrived at Los Angeles International Airport on Sunday night after pulling out of a performance with his group New Edition in Nashville in the wake of the death.

Brown did not take any questions and was whisked into a waiting limousine.

The night Houston died, Brown was openly emotional during a concert in Southaven, Mississippi, said attendee and CNN iReporter Moshiu Knox, asking people to say a prayer for his daughter, for his mother and “for me, because I’m going to need it.”

“Bobby was crying during his performance and at one point had to walk off stage,” Knox said.

Brown released a statement Sunday saying he was “deeply saddened” by his ex-wife’s death and expressing thanks for “all of the condolences.”