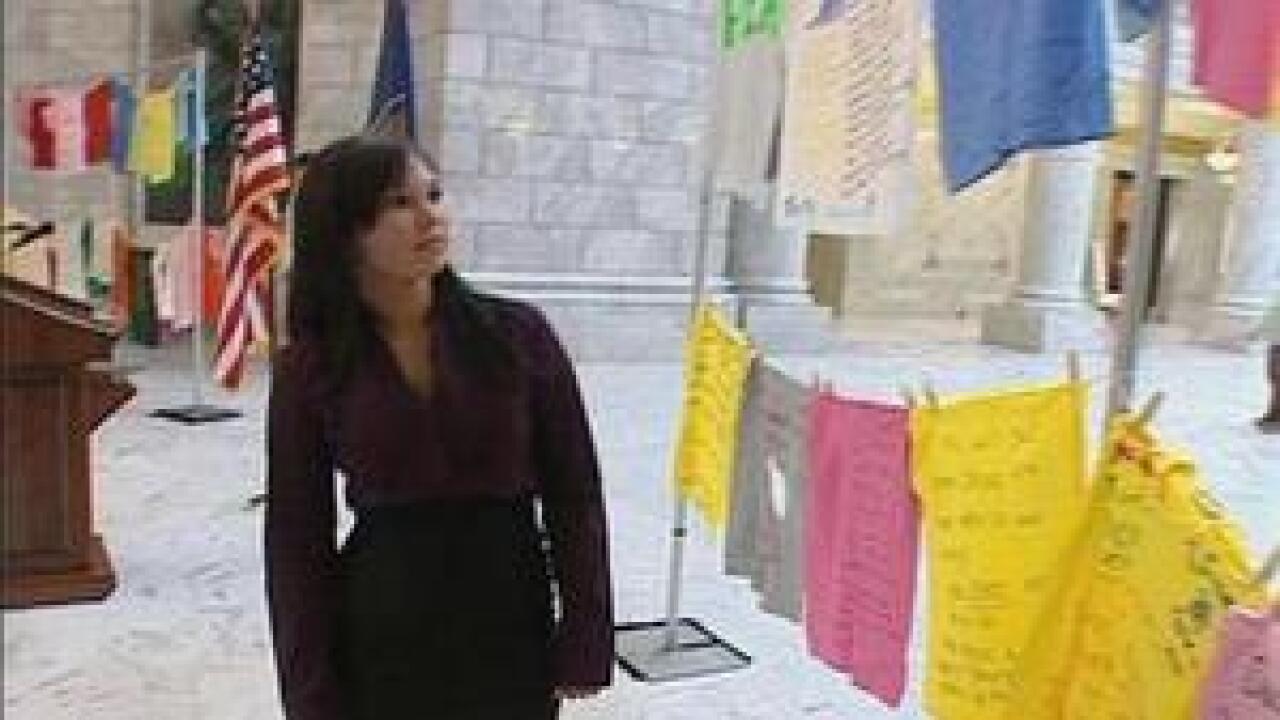 The Clothesline Project is a grassroots movement organized to draw attention to victims of domestic violence and the need for their protection. On Monday, organizers hung T-shirt displays with messages from victims of violent abuse.

FOX 13 talked to one woman whose personal experience prompted her to get behind such a movement.

At 23-years-old, Ashlee Bambrough can relate with the painful words printed on t-shirts that are hanging inside the Capitol rotunda. The women who created them were victims of domestic abuse and displayed the shirts in hopes that lawmakers would take notice and help make a change.

For Bambrough, the painful words printed on the shirts are a reminder of what happened to her seven months ago. Battered and bloody, she was found lying on the side of the road, pushed from a vehicle going at freeway speeds by her then boyfriend.

“They say it looked like a bag of rags was falling out of the car,” says Bambrough. “They didn’t think it was a person until they pulled up and saw me.”

Bambrough said her boyfriends of three years beat her after trapping her with him inside of his car.

“I tried to get out and he took my hair and pulled me back and knocked me out and then beat me up for about 10 minutes. I really don’t know what his plan was for me, so he just pushed me out,” said Bambrough.

The numbers show too many women are experiencing dating violence similar to Bambrough’s.

Ned Searle, with the Office on Domestic Violence, says a recent survey shows one in three Utah women have been victims of domestic violence. Searle is working on a bill that would make it possible for women to get protective orders against abusive boyfriends.

The current law only allows women who are cohabitating or have a child with their abuser to file for protective orders. But changing the law will make it easier for Bambrough, and women like her, to get the help they need.