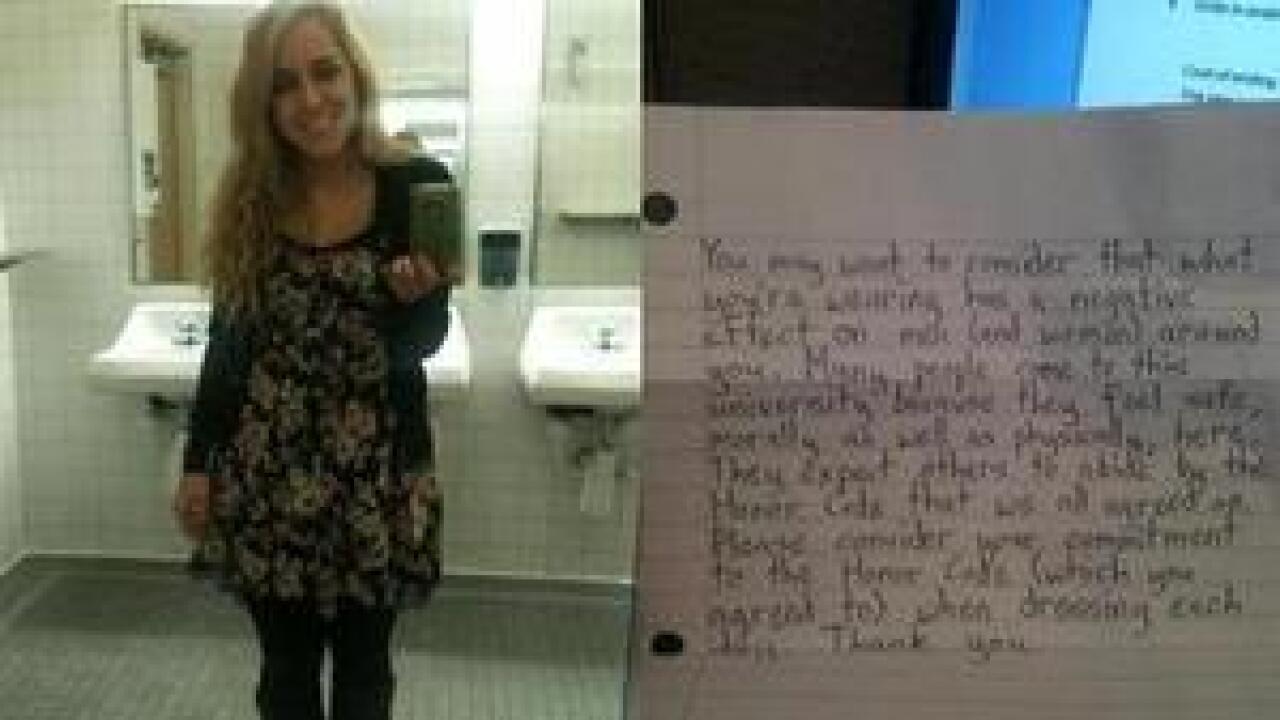 Brittany Molina, who received the note, posted the following from her Facebook account: "so its valentines night! and i was sitting in the business building... studying accounting. go figure. this random boy walks up to me and gives me what i thought was a love note.... turns out...."

Moline was sitting in a cubicle desk when she was approached and dropped the note.

It begins by saying: "You may want to consider that what you're wearing has a negative effect on the men and women around you." And ends: "Please consider your commitment to the honor code which you agreed to when dressing each day. Thank you."

The student, Brittany Molina, talked to FOX 13 and said she was angered by the note at first.

"At first I was really upset by it. I was like, I'm sorry for making other people feel uncomfortable. I completely didn't mean to," said Molina.

Molina has since posted the note with a photo of herself and the clothes she was wearing. In the span of 24 hours the photo has gone viral (see here). Most of the support she has received has been supportive.

Scott Christensen, a BYU student, recognized Molina while being interviewed by FOX 13. He commented on her photo and the note.

"Oh, I saw that. That went viral. You know, I thought that was pretty ridiculous," said Christensen.

Molina says she loves the honor code as much as the man of mystery who dropped off the college ruled paper note.

"I got the note and then I looked up and as soon as I looked up, he was gone," said Molina.

BYU's honor code states that women's dress is "inappropriate when it is sleeveless, strapless, backless, or revealing; has slits above the knee; or is form fitting. Dresses, skirts, and shorts must be knee-length or longer."