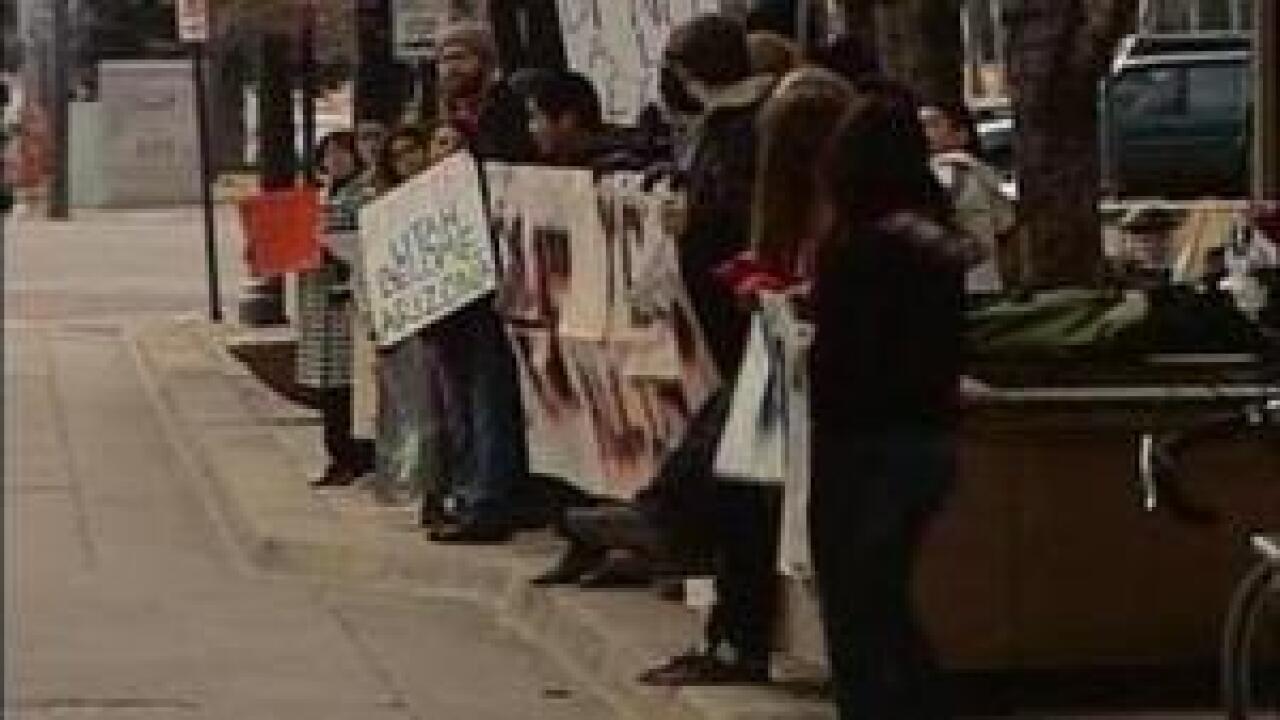 The law, nicknamed "show me your papers," is modeled after Arizona's controversial immigration law.  This lawsuit says that house bill 497 is unconstitutional and illegally interferes with the federal governments authority over immigration.

Protesters were picketing along the street in front of the court house Friday as well shouting in protest.  The law makes it illegal to encourage illegal aliens to come into Utah.  However, the federal government has jurisdiction over immigration because no law prohibits aliens from traveling between states.

"Our opinion is that there must be an order in how laws are followed," said Juan Manuel Ruiz, president of Latin American Chamber of Commerce.  "We believe HB 497 would place additional burden not only on the state and its funds, but also on its citizens."

Court arguments continue through Friday afternoon.  A judge will decide whether to approve the motion for a preliminary injunction, which would strike down the law.  There is no clear time frame on when that final decision is expected.