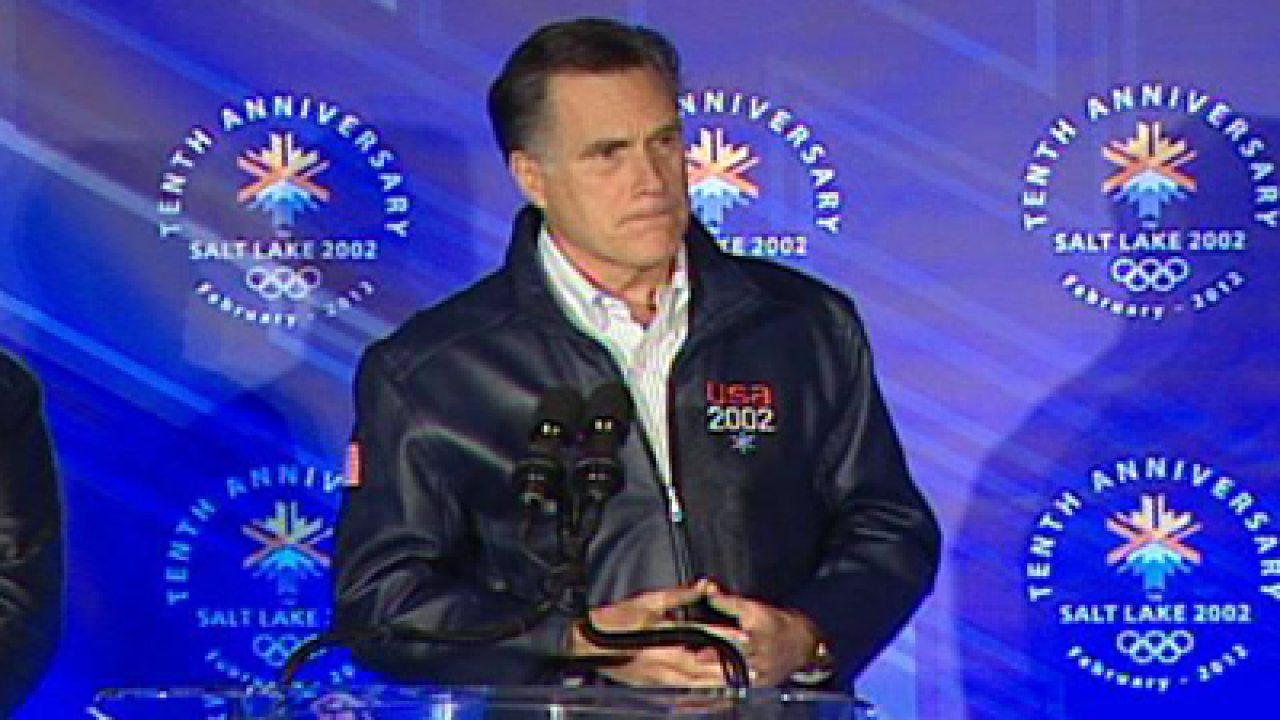 Supporters of Republican presidential candidate Mitt Romney praise his involvement with the 2002 Winter Olympic Games in Salt Lake City, but a new video from the Democratic National Committee says that the American taxpayers, not Romney saved the games.

When Romney became CEO and President of the Salt Lake Organizing Committee for the 2002 Games in early 1999, the committee was in the midst of a financial crisis and dealing with allegations of bribery by top officials.

Romney revamped the committee and ended up making the 2002 games one of the most profitable in Olympic history, earning over $100 million.

The DNC, however, said in a blog post this week that the success of the 2002 games was thanks to the $1.3 billion in money from US taxpayers.

"Romney's campaign is already pushing back by saying that the extra money was necessary for security. But our money went to much more than security, including $30 million for parking lots, $2 million for sewer systems, and $33,000 for an Olympic horse adoption program," the blog post said.

Romney was in Salt Lake City on Saturday night as part of a 10th anniversary celebration of the games. Members of the SLOC say that Romney was friendly and visible to the employees and volunteers and became the face of the games.

"He is very warm. He remembered who I was gave me a big hug and was happy to see me," said Shannon Godfrey.

Fraser Bullock, Chief Operating Officer for the Games, talked about that federal money, saying that most of money set aside for transportation was not specifically for the Olympics and that most of the other federal money went towards post-September 11 security.