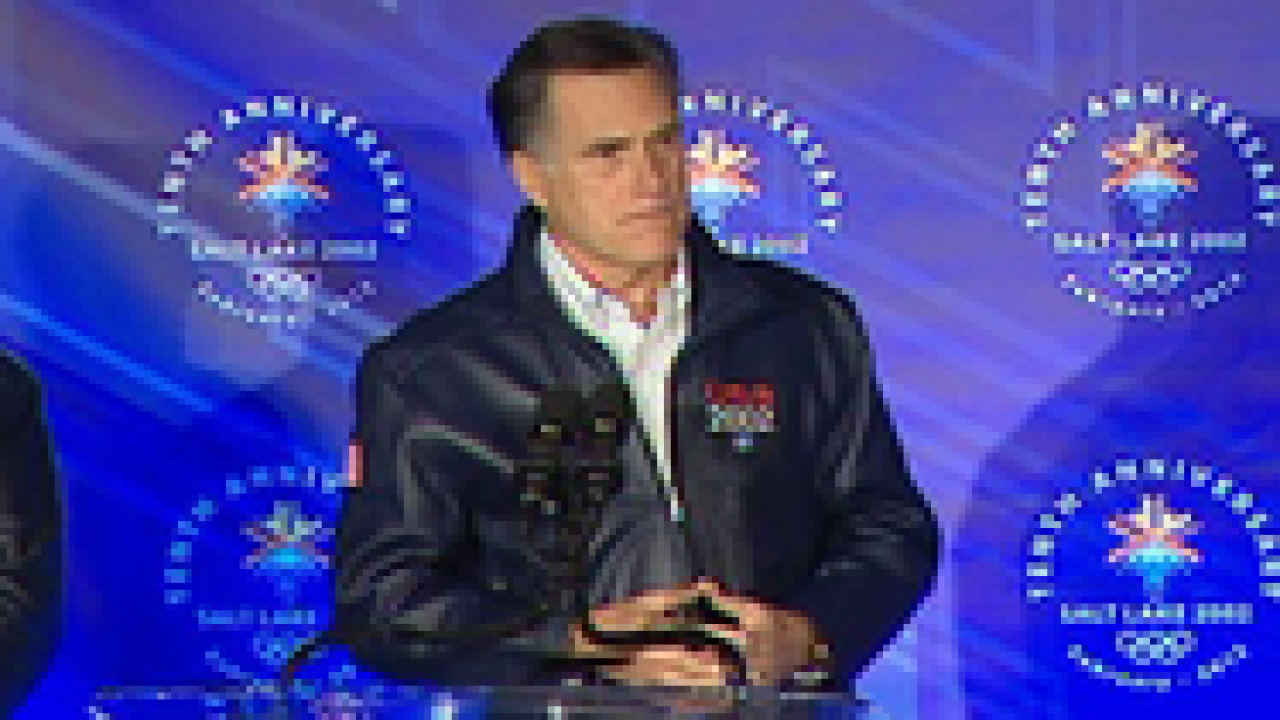 A celebration was held in Salt Lake City Saturday night to commemorate the 10th anniversary of the 2002 Winter Olympic Games. Current GOP presidential candidate Mitt Romney was in attendance among throngs of volunteers, athletes and other people involved with the successful games a decade ago.

Saturday night's tribute featured former Olympians skating in a Stars on Ice show, but the loudest cheers were for Romney, who many consider a major factor in the success of the games.

When Romney became CEO and President of the Salt Lake Organizing Committee for the games in early 1999, the committee was in the midst of a financial crisis and dealing with allegations of bribery by top officials.

Romney took time out from campaigning to come to Utah and thank volunteers and Utah for helping make the games one of the most profitable in history.

"These games were always about the greatness of the people of the land," Romney said.