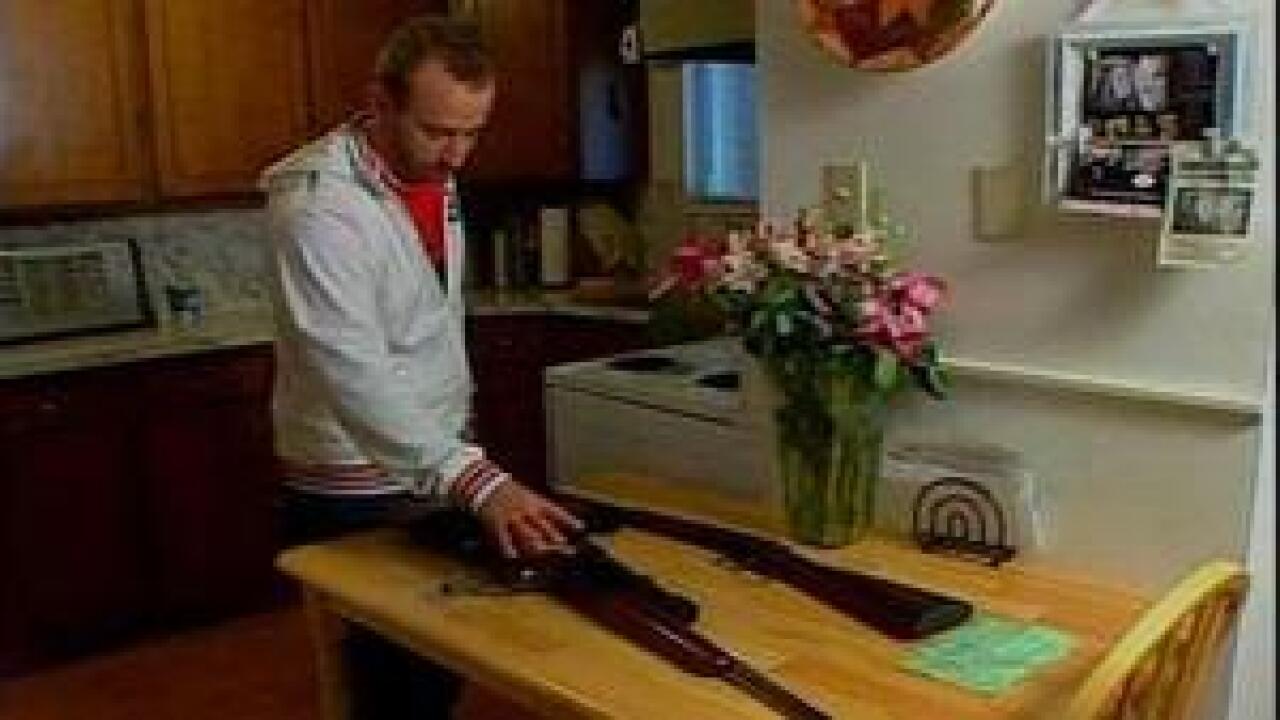 An American Fork man says his right to bear arms was violated after police stopped and cited him for disorderly conduct.

Spencer Bergon is a manager at Walmart. He was getting ready to go target shooting with a friend and, while waiting for his ride, he took his guns out of his car to put them in their carrying cases. At the same time a woman walked by and got scared.

Bergon says the woman came back and circled him in her car at least five times. He says he knew she was calling the police. Bergon says he left the area but was stopped by police in a church parking lot. He was then interrogated for two hours and cited for disorderly conduct – a ticket, he says, that will cost him hundreds of dollars.

Bergon says his rights were violated and, although he does not have a concealed weapons permit, in Utah, residents are allowed to carry guns without a permit as long as they are in plain sight. He says the ticket is unfair.

“I don’t blame them for taking the precaution that they did,” Bergon says of police. “They were very kind and respectful. What I don’t understand is why I would get a ticket for having my legal rights to carry a firearm.”

Bergon also says he does not blame the woman who called police, saying he understands why she was concerned.

Police initially got a report from the woman saying that she thought Bergon was following her.

“During our investigation we found that was nowhere near the case,” said American Fork Police Sgt. Gregg Ludlow.

Police gave no real explanation on the ticket as to why he was cited for disorderly conduct.

Bergon has no criminal record and plans to fight the ticket in court.
http://kstu.vid.trb.com/player/PaperVideoTest.swf