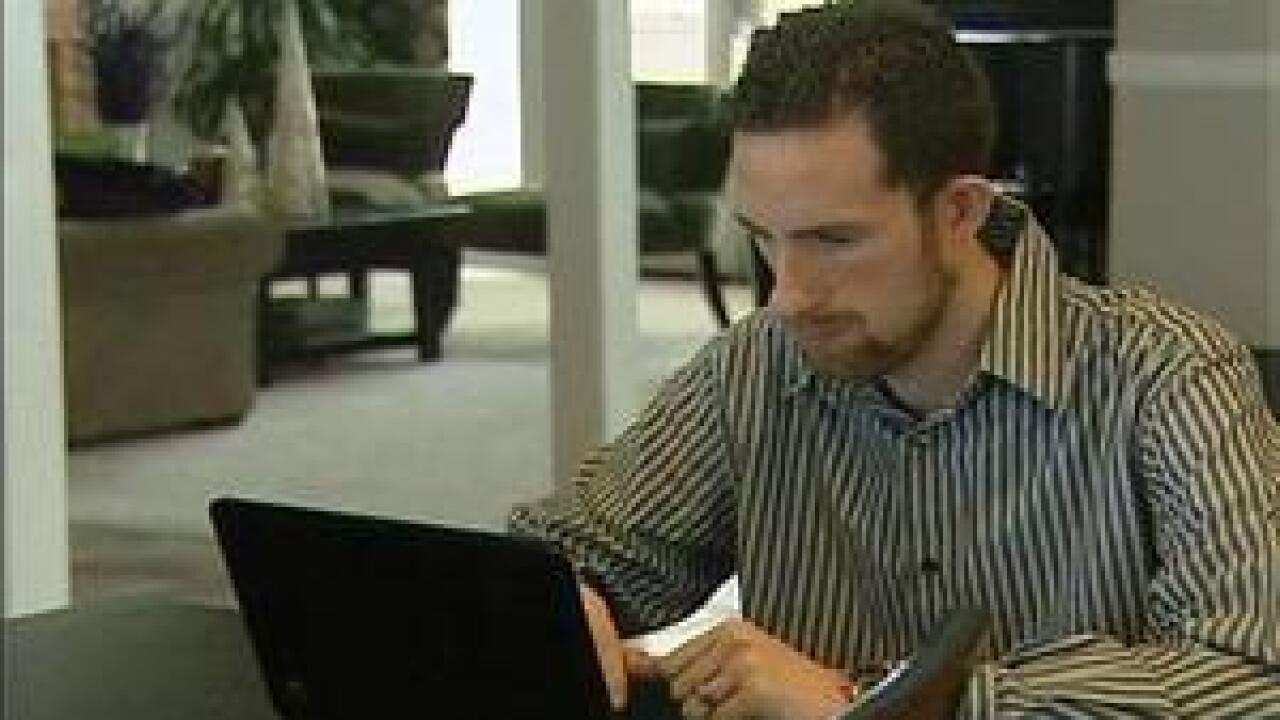 The latest census records show the proportion of young adults living with their parents has increased since 2005. A tough job market and shaky economy are sending more young adults back to their parents’ home according to one Brigham Young University professor.

“It’s really difficult because you apply for these jobs and two out of three you won’t hear anything from them,” says Hayley Conant, who has been living with her husband’s parents while searching for employment.

Hayley’s husband, Talon Conant, says it has been hard to break into an entry-level position because there are too many candidates these days. He equates his chances of getting a job with odds being one out of 100 in some cases.

“We’re in limbo. It’s very annoying to be in that position,” said Talon.

The difficult economy is creating a unique generation referred to by some families as “boomerang kids.”

The 2010 Census records confirm about 20 percent of males and 10 percent of females are moving back in with their parents after they graduate from college.

Dr. Larry Nelson, an associate professor at BYU who studies the transition from childhood to adulthood, says kids moving back in with parents may not necessarily be a bad thing.

“It’s a necessary step for some as they make the transition from school into the workplace. And there are some who are using it exactly for that reason as a stepping stone in their progression. It’s a good thing, it’s not as a way of avoiding adult roles,” Nelson says.

Nelson says economic indicators suggest this is the first generation  of children who will not be better off financially than their parents. Higher education is more expensive and young adults are leaving college with a large debt load. Nelson says moving in with parents can be good if the younger generation is using the time productively to position themselves to better their futures.

Talon’s mother, Becky Conant, originally thought she was only opening her home to her adult son and his new wife for a couple of weeks. Eight months later they were still there.

“The hardest part was preventing myself from nagging them, just asking them ‘what are you doing for a job?’,” Conant says.

Conant admits, after months of feeling discouraged about her situation, she realized her first mistake was not setting up ground rules first.

“Whatever it is that you expect, if they don’t give you any more than that, just be content with it,” says Becky Conant.

Tim Thayne, a family therapist with the Homebound Clinic in Alpine, Utah, says Conant got it right.

“I think parents do their kids a great favor when they set it up correctly and have expectations and allow that teen or young adult to contribute because it does significantly affect their confidence in life,” said Thayne.

Thayne reminds parents with adult children that they must also present a united front.

“You got to get on the same page first before you invite that young adult to come back into your home, because that can create some marital tension,” Thayne said.

Thayne says if parents do not have the ideal situation now with their adult children living in the same house, it is never too late to turn it around.

“Sit down and talk about it and say ‘This is not working, we’ve got to do something different, What’s your plan going forward? When can I expect you to move on to the next stage?’,” said Thayne.

For Becky Conant, the time she allowed her son home with his wife while they looked for employment has helped them. In the mean time, Conant says her daughter-in-law has found a job. She says the time they spent at home has given them a foothold to move on debt free.