Close call with avalanche a stark reminder of backcountry danger 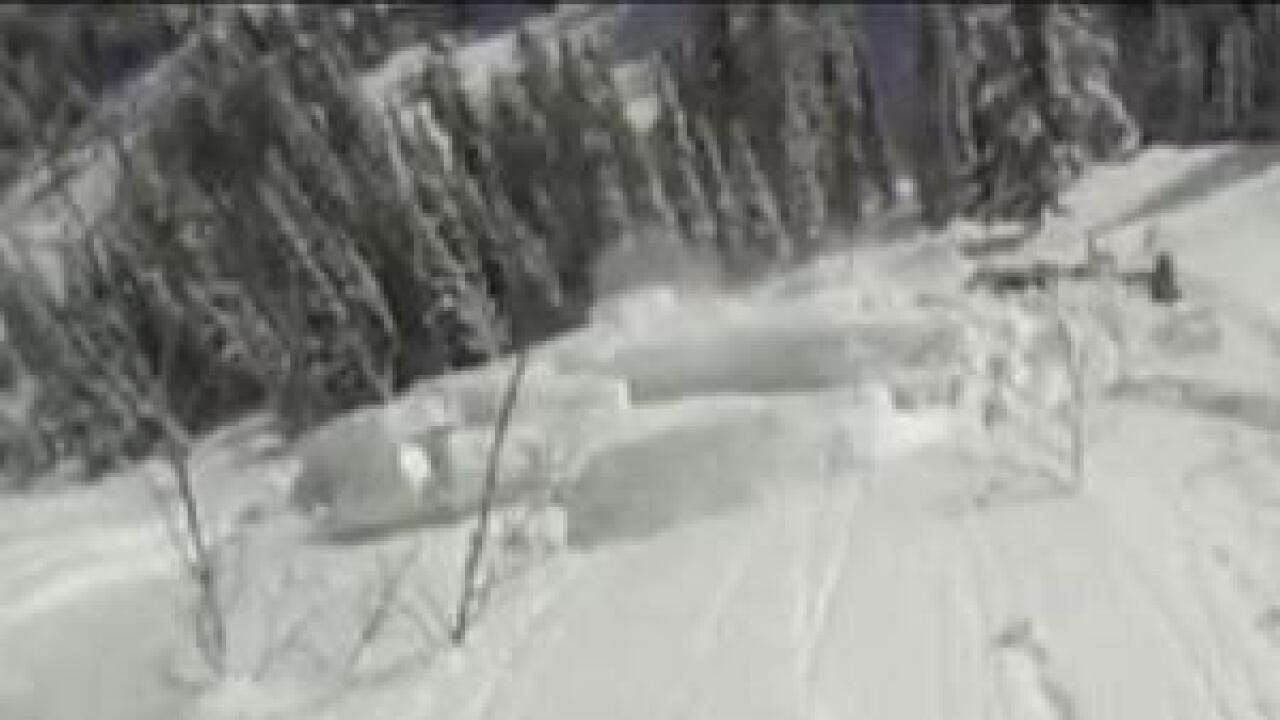 Experts say unpredictable weather is creating ripe conditions for avalanches in Utah's backcountry. Monday morning, a snowmobiler narrowly escaped death after triggering an avalanche in the canyons outside Logan.

Nate Smoot knows he is lucky to be here after nearly being swept away by an avalanche near Bear Creek. His friend's helmet camera caught the incident on video.

In the video Smoot drives his snowmobile over a weak layer of snow and a slab starts to carry his machine down the hill. Smoot bails off and grabs the nearest tree.

"It was a 700 feet drop down the hill where the snow went and I'm sure I would have not been standing here today if that tree wasn't there for me to grab onto," said Smoot.

Smoot held on the tree for about five minutes until all the snow went sliding down the mountain.

"It was kind of like a 'oh, crap' moment. I shouldn't have been there," says Smoot.

"It's been a very dangerous year. It's unlike any I've seen in my almost 15 years here at the avalanche center," says Hardesty.

Smoot says he knew he should not have been riding in an area he refers to an uncharted territory. He says he will be more prepared in the future.

Smoot was carrying avalanche rescue gear, but again credits the tree for saving his life. Smoot's snowmobile was found several hundred feet down the mountain crushed against some trees.

A special avalanche warning for the mountains in northern and central Utah was issued Monday. Avalanche experts say there is considerable danger on wind drifted terrain.. And even greater danger on steeper slopes.