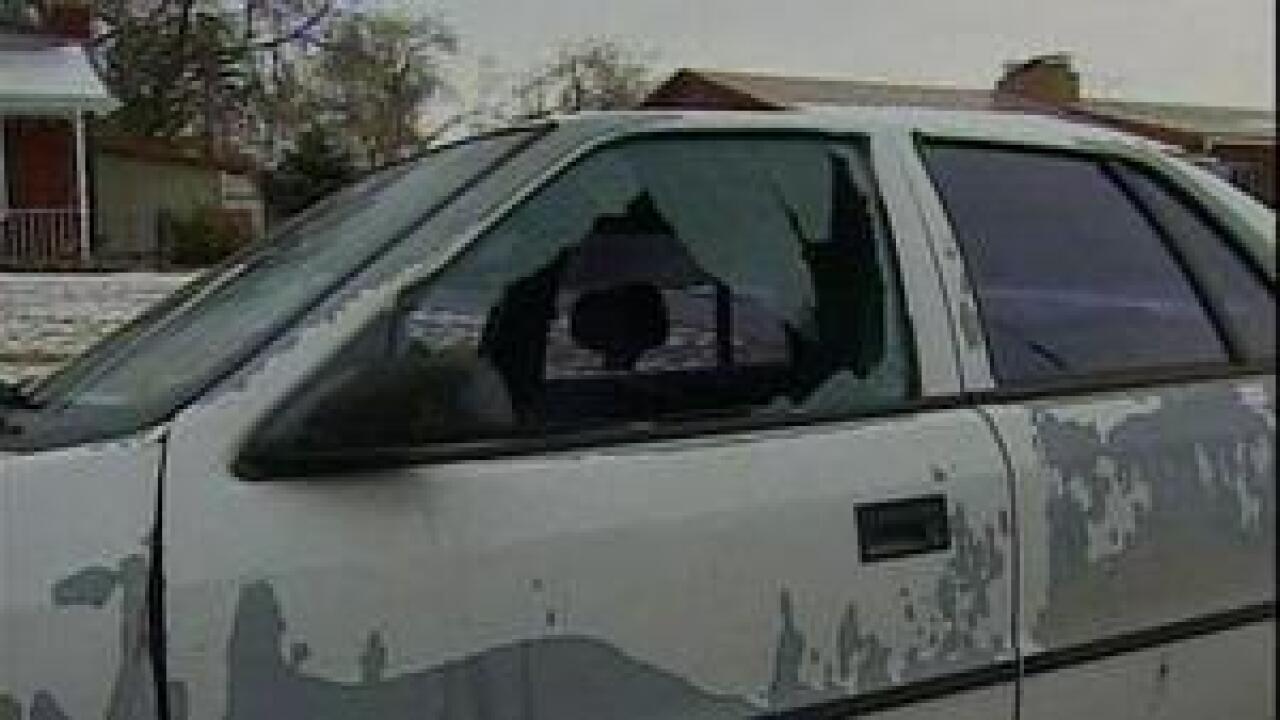 Police are truly struck by the number of vandalism incidents in such a short time frame. They say the vandals used a BB or air gun to blow out windows from West Valley City to Millcreek Monday night into Tuesday morning.

Unified Police Lt. Justin Hoyal says the 133 cases they received in one night is unprecedented. He says police are hoping they can get leads from the public in identifying the suspects.

One of the victims, Chris Roberts, had his SUV's windows blown out. A shower curtain now covers the back window. Roberts says his wife hear a loud 'boom' and saw the back window of their Ford Explorer shot out at about 7:30 a.m. He says the same window was previously vandalized last August.

"Primarily it's just frustration, there's nothing you can do. They come by, they either shoot it out with a gun, they take a bat, they beat it, there's no way to track these kids down," says Roberts.

Roberts is not alone. About a dozen other residents in his neighborhood in Millcreek are dealing with similar property damage.

The communities hardest hit are Cottonwood Heights, Murray and Taylorsville.

Unified Police do not have an estimate of the damage, but they suspect several thousands of dollars in damage was created. They say the suspects could face felony charges.

Chris Roberts is taking precautions now. After getting hit twice, he feels his only recourse is to set up surveillance cameras outside his home and catch the suspects in the act if they strike again.