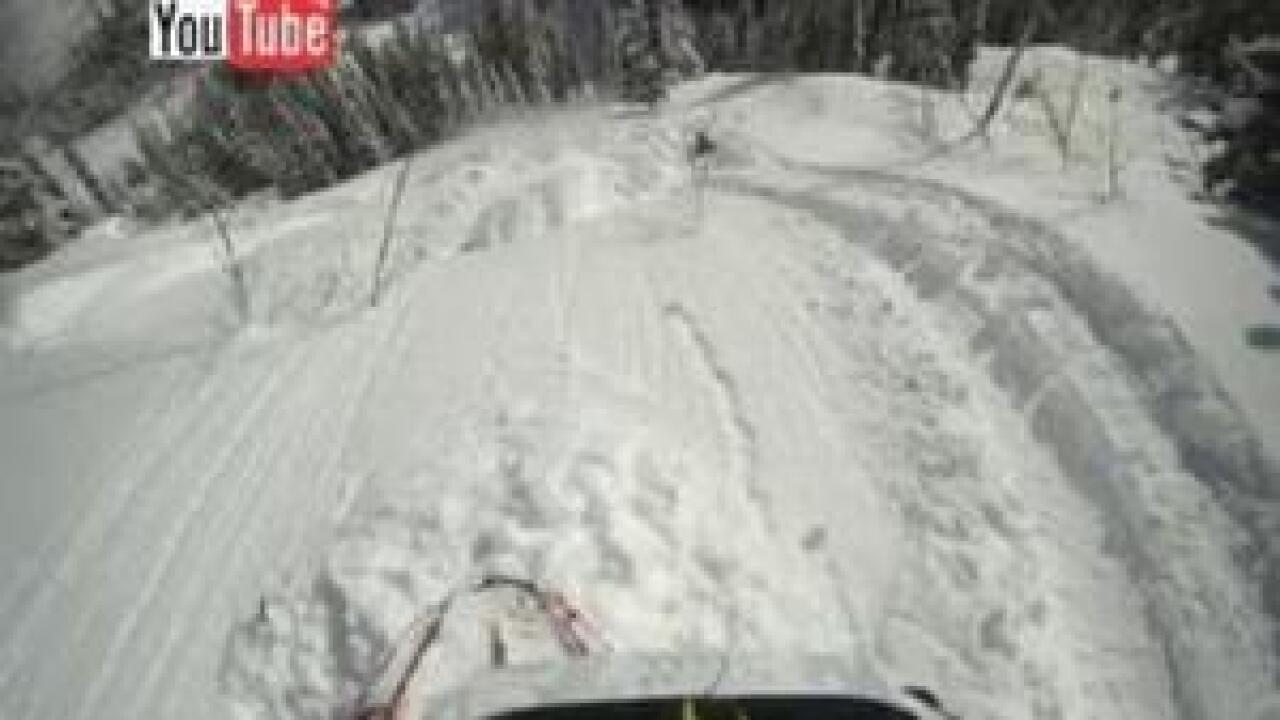 The Utah Avalanche Center has issued a special avalanche advisory on Tuesday for the mountains of northern and central Utah.

On Monday, a snowmobiler triggered an avalanche in the Beaver Creek area of Northern Utah.  Their experience was caught by a helmet camera.

The video shows one man jumping from his machine as the snow starts to shift.  He appears to hang on to a tree while the avalanche carries his snowmobile down the slope.  It was found several hundred feet away, crushed in a group of trees.

“It could be curtains in any event with these deep slabs that we have out in the back country now,” said Drew Hardesty, of the Utah Avalanche Center.