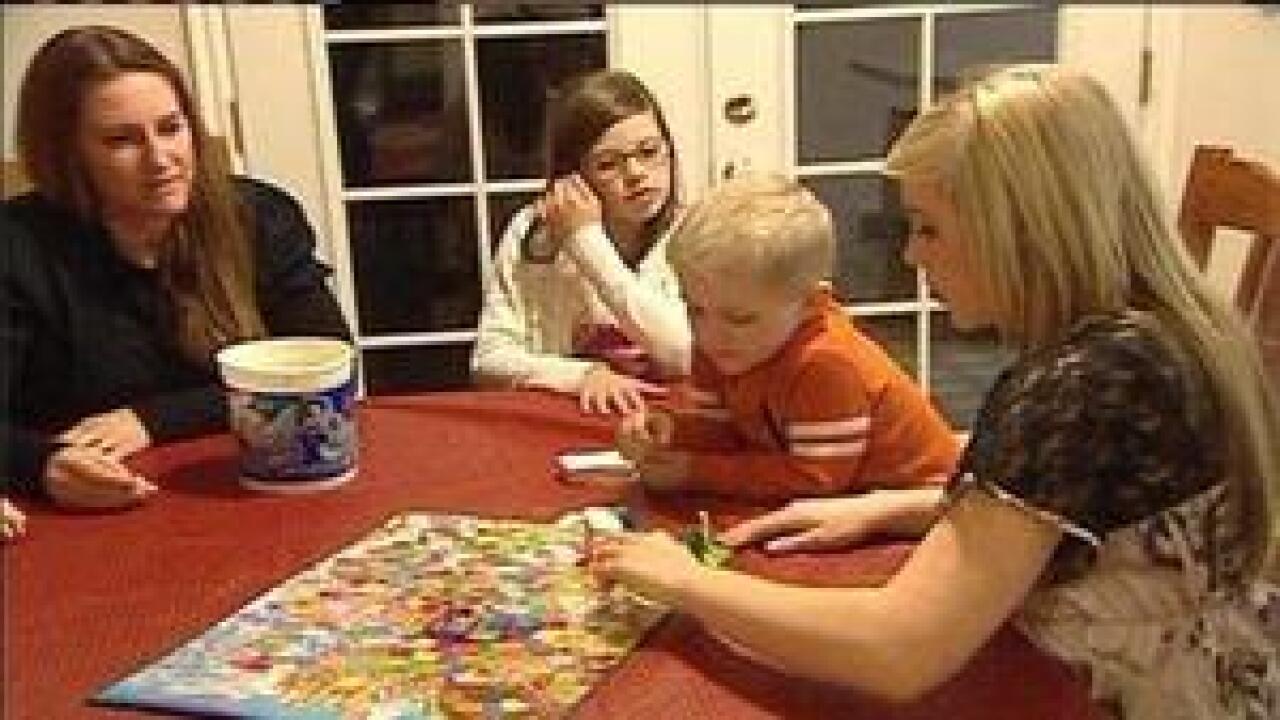 Autism routinely makes headlines for new trends and treatments. But what is often overlooked is the financial burden on the families who have children with autism.

Parents estimate costs can be as high as $45,000 per year for treatment. Experts calculate care at more than $3 million over an autistic person's life time. And in many cases none of that is covered by insurance.

Chris and Becky Fry have tried to give their kids a normal childhood, but it has not been easy. They have gone into debt to help their 4-year-old with autism - a disorder that affects the brain's development of social and communication skills.

"We are trying to make our other kids not have to suffer and go without. It's just hard, we have a 16-year-old who wants a car. A couple of years ago we would have been in a position to do that and now we don't know what we're going to do," said Becky Fry.

For the Frys, they can only afford minimum treatment.

Behavioral classes for their son Bridger run $1,000 per month. Bridger tends to get hurt a lot. Last year's emergency room visits cost  $1,000 dollars.
To "Bridger proof" the house they guess it is a couple hundred dollars annually. The Frys say soon they will have to buy a GPS system to keep track of him, which will cost $200 plus a $30 monthly fee.

The Frys estimate it would cost another 15-$20,000 dollars to get speech therapy, which they haven't been able to afford.

"We are going broke doing it, we really are," says Becky.

The Frys' insurance does not cover therapy for autism.

More and more children are being diagnosed with autism and many families can't afford it. Experts say, with the numbers the way they are, more families will be seeking social services

"I hope everyone is paying attention to it, because as the rate increase it's going to be less and less likely that in some way everyone is not going to be impacted by autism -- either directly in your family, in your neighborhood, in your church community.

The Frys say they have too much pride to pass the burden on to anyone else but they don't know how long they can keep paying what they are paying.

Insurance companies say they are paying attention to pending legislation and parents concerns about coverage for autistic children.

Early in the legislative session the Frys went to the Capitol to lobby for a bill that would mandate health insurance coverage. But the idea proposed by House Bill 69 did not get much traction.

"House Bill 69 is a starting point and at the end of the session I don't think that's where we'll end up, but it will start the conversation and bring people to the table," said Rep. Ronda Rudd Menlove, R-Garland.

Instead of a mandate it has evolved into a fund where insurers would contribute voluntarily to help families without health insurance. But that would not help the Frys or so many other families whose insurance provides nothing.