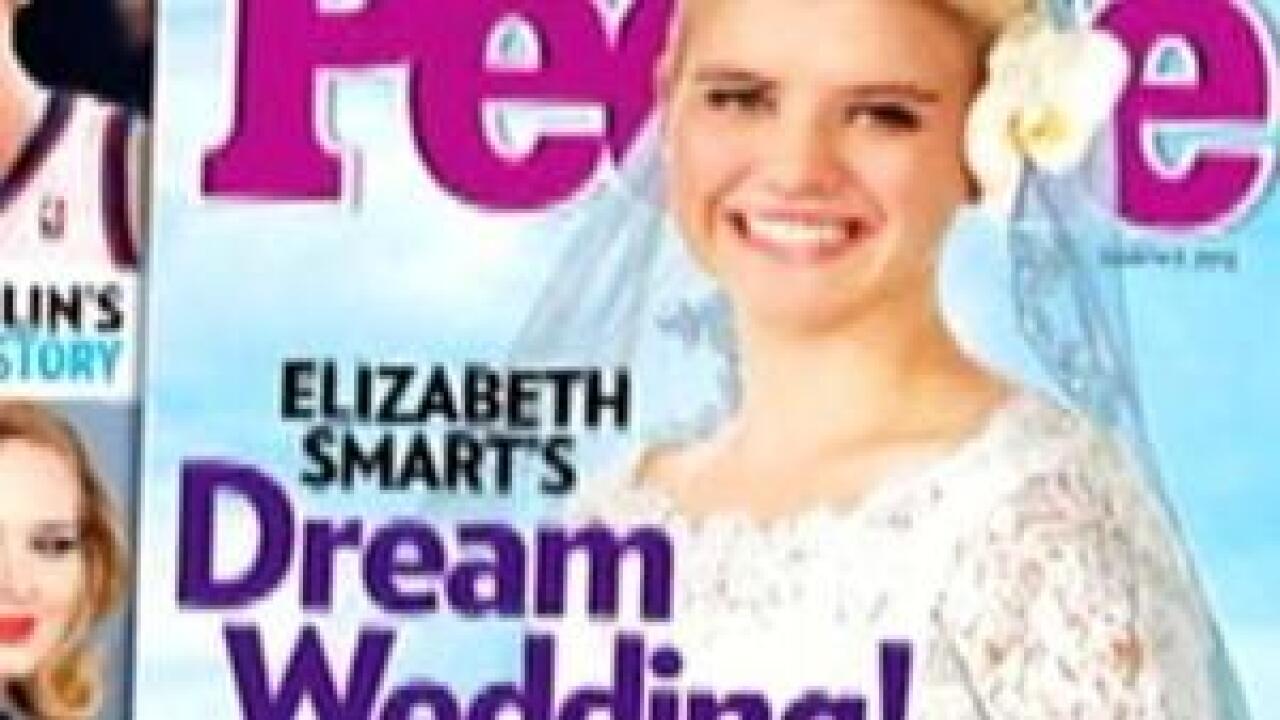 Friday's edition of People Magazine shows exclusive photos of Elizabeth Smart's wedding and the story of how it came to be and why it took place in Hawaii.

Elizabeth is on the magazine cover, grinning ear to ear, wearing a new wedding dress she bought at Keinfeld's in New York.

In the photos is Smart's new husband, 24-year-old Matthew Gilmore, wearing a kilt. He is Scottish.  The two met while serving missions in France. Part of the attraction is that Matthew didn't know who she was.

The two got engaged last month.

One of the only 14 guests who attended the ceremony talked to FOX 13 News. A few friends, including her spokesperson Chris Thomas, saw it all: the ceremony, evening luau and the People Magazine photo shoot.

"She looked amazing. As some of the pictures are coming out, I mean, they looked royal," said Thomas. "They looked like a royal couple, with her laced dress and him in his kilt."

Thomas has been Elizabeth's spokesperson since her disappearance, rescue, and now her wedding in Oahu.

The two married in a traditional Mormon wedding ceremony, then hit the beach for a photo shoot with People Magazine.

Elizabeth chose Oahu because it was where she sought refuge after her kidnapping and the media frenzy that came after.

The newlyweds are now honeymooning in an undisclosed location.