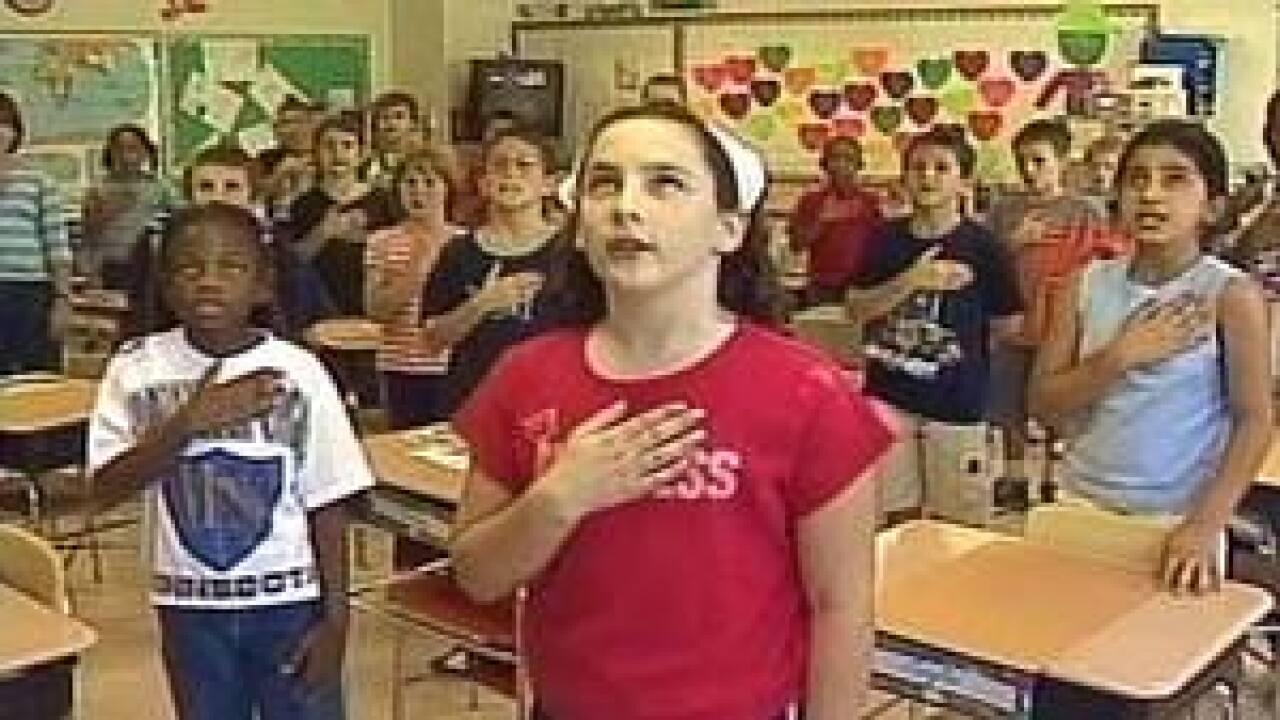 A bill that would require all public school students to recite the Pledge of Allegiance everyday is closer to becoming a law.

Senate Bill 223 was passed unanimously by a committee on Wednesday and moves to the Senate floor for debate.

The bill sponsor, Sen. Aaron Osmond, R-South Jordan, says he visited several schools in his district last fall and noticed many students were not involved in the process and had no idea the pledge was being said.

"I also believe Pledge of Allegiance is now a reflection of our thought and commitment and loyalty to this great country," said Sen. Osmond.  "And I think we're missing an opportunity to reinforce that with the students that go through our public education system."

The bill would require elementary students to recite the pledge in each classroom, instead of having the pledge read over a loudspeaker.  Secondary schools would be required to say the pledge once a week.  Also the pledge would need to be led by a student.

One of the criticisms of this bill is that it would discriminate again atheist students.

However, under this bill, Sen Osmond says students can still opt out of saying the Pledge of Allegiance with parental consent.