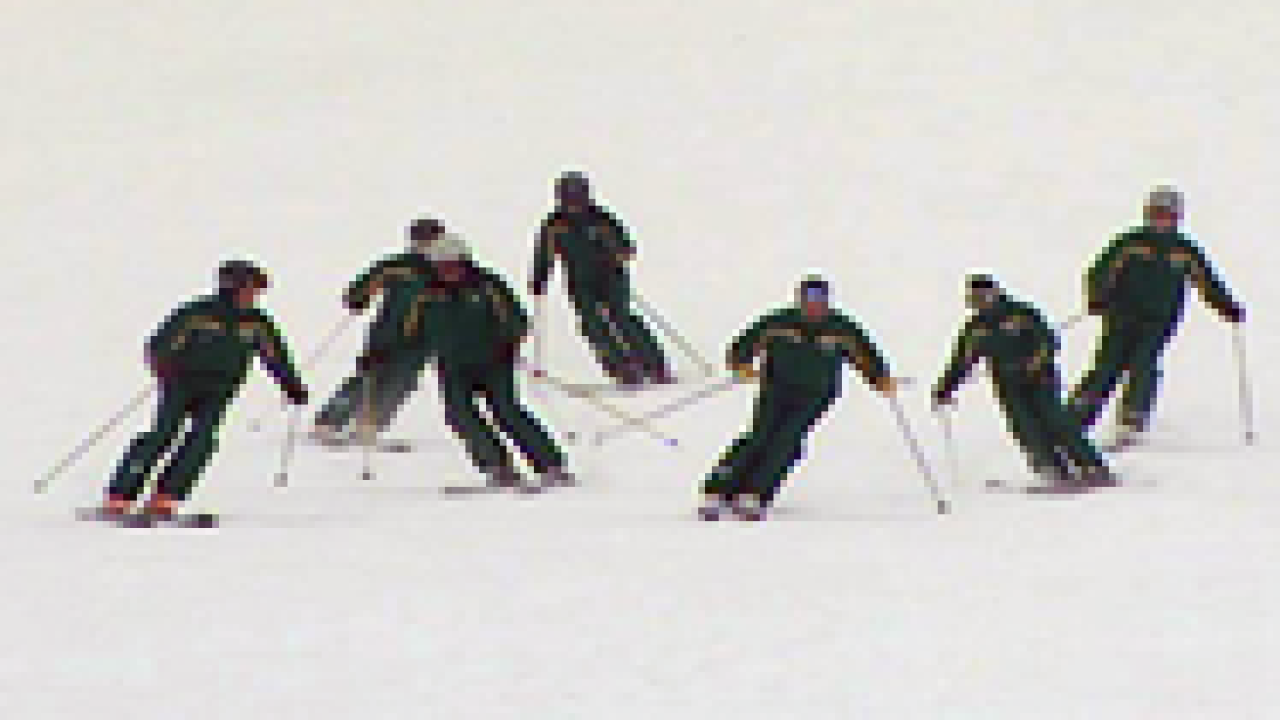 A group of 16 ski instructors are showing off their smooth moves on the slopes near Park City as part of the Deer Valley Synchronized Ski Team.

In its eighth season, the team meets twice a week to fine-tune their skiing.

"The purpose of this is just fine tuning our skiing and the camaraderie of being together and performing a routine," said Donna Mcaleer, leader of the team.

Each performance and practice is focused on precision and enhancing their skills on the slopes.

"The important thing about synchronized skiing and particularly when you're stopping is the precision of a stop...and being balanced on one ski so you can stop right away on a dime," said Mcaleer.

The team doesn't compete, but they hope to get back on the road to represent Deer Valley nationally.

This is not the first synchronized ski team from Deer Valley to get some attention; there was a team in the late 80s and early 90s that competed in the World Championships.