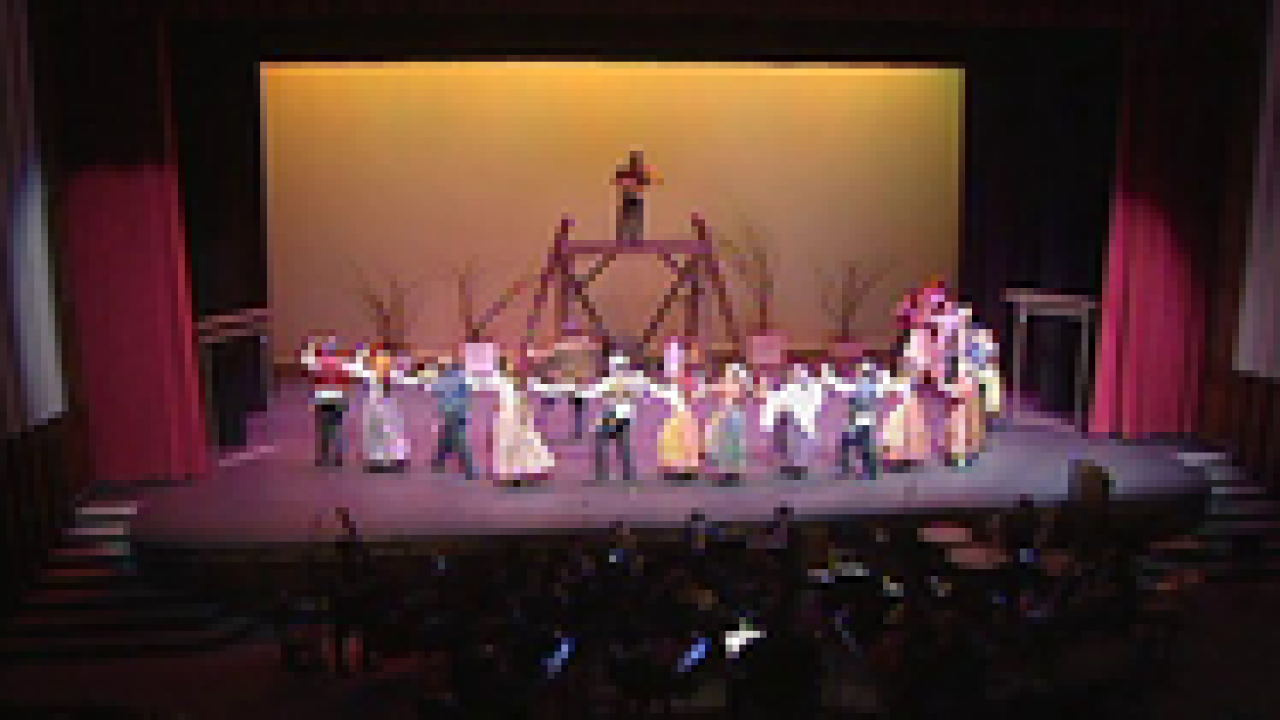 Ogden High School's auditorium made its grand debut this weekend after the community raised nearly $9 million to restore it to its former glory.

Ogden High School was state-of-the-art when built in the art deco style back in the 1930s--it was the first high school that cost more than $1 million to build. The school was built in 1937 as part of the Works Progress Administration--an organization created during the New Deal--that brought craftsman from around the country to create the school.

"It was one of the federal programs to put people back to work after the Great Depression," said Joyce Wilson, producer of Fiddler on the Roof. "At that time people struggled financially as people are struggling today."

Time took its toll on the school and it lost some of its former glory, but in 2006, Ogden voters approved a multi-million dollar bond to restore the architectural gem. The reconstruction of the auditorium required community donations beyond the $30 million bond, but citizens were able to come together and fund the renovation.

"It's really the community that pulled this together," said Wilson. "They care about this space and they pulled the money together to make sure we could save this icon of Utah."

The auditorium got its grand re-debut on Friday night with Ogden High School's Fiddler on the Roof. Performers and audience members marveled at the restored design.

"My jaw dropped to the floor," said Jed Broberg, Ogden High theater teacher. "I think I'm going to be the envy of all other high school teachers in Utah."