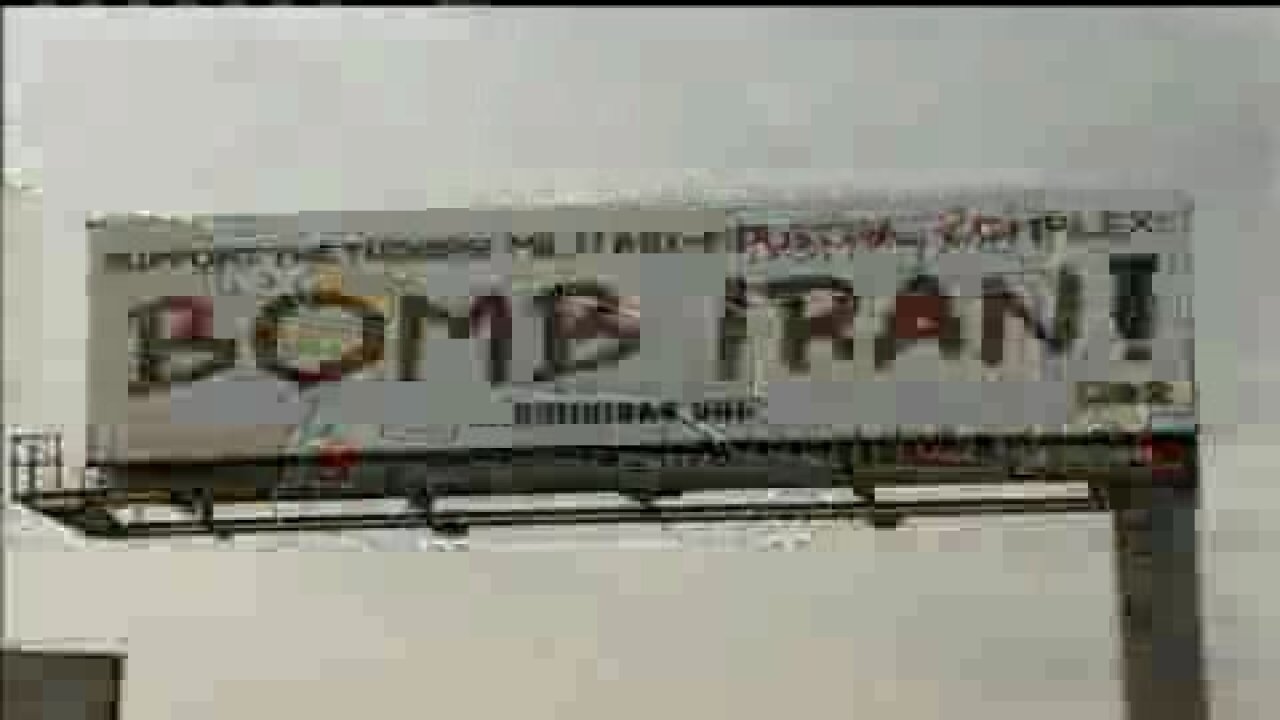 A new billboard visible from Interstate 215 in West Valley City is causing controversy.

It reads, "support the troops," but the word troops is crossed out and replaced by "military-industrial complex" and "Bomb Iran."

It is posted at 2500 Decker Lake Boulevard and can be seen from southbound on I-215.

"The billboard was to basically prick the conscious of what we felt was an otherwise very moral people, other than this war issue," said DJ Schanz, the billboard owner.

He said the billboard's purpose is not to support the idea of bombing Iran, but to draw attention to what he says are the serious financial and moral issues with war.

Schanz said he hopes the billboard  will make people stop and think about the relationship between the United States and Iran.