After more than a decade of planning and work, City Creek Center in downtown Salt Lake City is almost open for business.

The 700,000 square foot complex features 90 stores as well as residential and office spaces.

A unique feature to the complex is a retractable roof, which can be pulled in on good weather days.  The center has an open design that features a number of fountains and large plazas.

The center will also feature a number of stores that are new to Utah.

“About a third of our stores are going to be new to the market; unique to City Creek Center,” said Linda Wardell, general manager.  “We are so excited to bring those stores to Salt Lake City.”

Those new stores include names such as Tiffany & Co., Michael Kors, Coach, and Tumi.

While some stores are still getting some finishing touches, others like Macy’s, have started to unpack merchandise and fill the shelves.  The food court is already open to the public, and some people have been able to move into office and residential spaces.

City Creek Center is scheduled to open on March 22 and is located at 50 South and Main Street in downtown Salt Lake City. 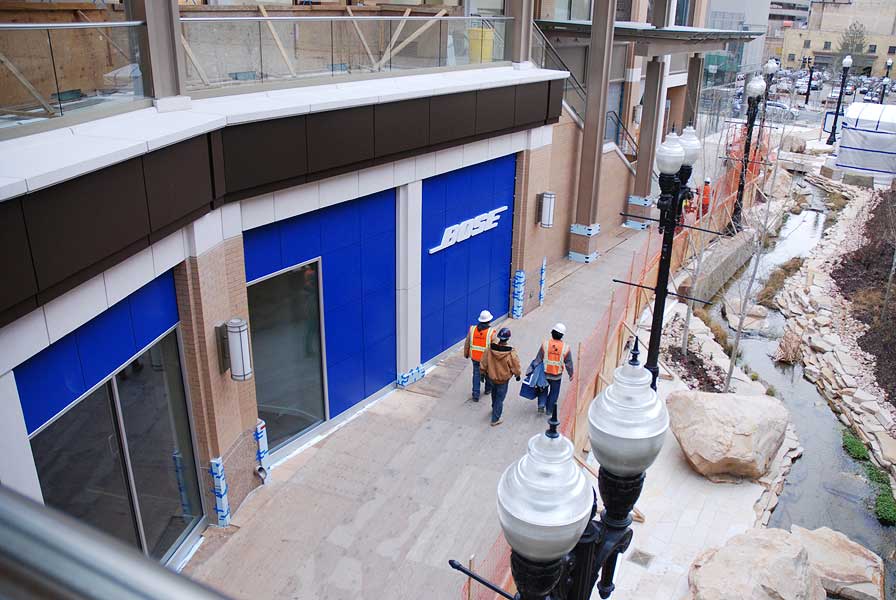