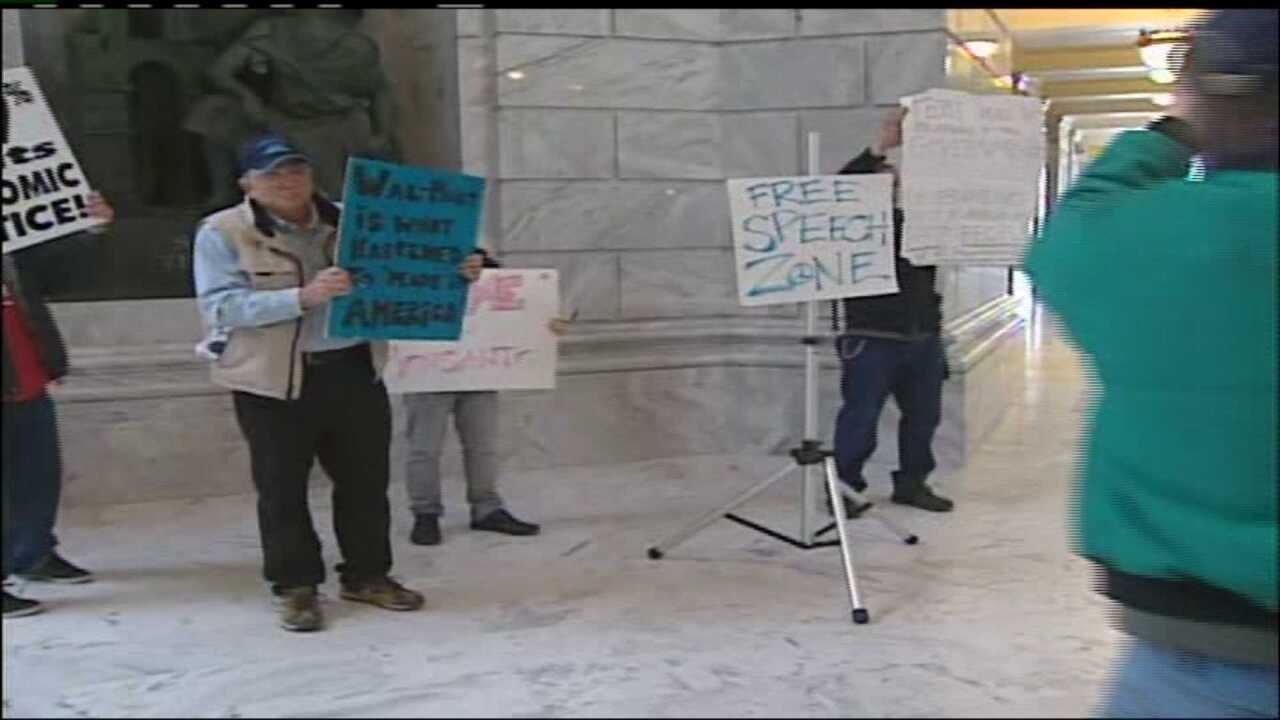 Occupy protestors performed a small bit of satirical play acting Wednesday as a form of demonstrating against the influence of corporate money in government.

Both Occupiers and supporters of LGBT rights had their say as the lawmakers and lobbyists observed from the balconies inside the Capitol Rotunda.

“Today's event is a piece of political theater and it’s is intended to showcase how ALEC, or the American Legislative Exchange Council has an influence and a direct impact on our legislative branch,” said Occupy Salt Lake protestor Michael Wilson.

ALEC describes itself as a conservative legislative think-tank that creates model legislation lawmakers can take to their states and use.  According to their website, they are the "only" organization to provide that service in the country. Their next annual meeting is in Salt Lake City.

“Attending the summit here this summer is $7000 if you're an attendee or $50 if you happen to be a legislator,” said Wilson.

FOX 13 tried contacting ALEC via phone and email, but had not received a response back as of Wednesday whether those costs disparities between a private person and a legislator are true.

An LGBT protest that also happened earlier Wednesday had protestors expressing a degree of anger in regards to a statewide antidiscrimination bill getting quickly tabled by lawmakers.

FOX 13 will have more on this protest tonight during News at Nine.