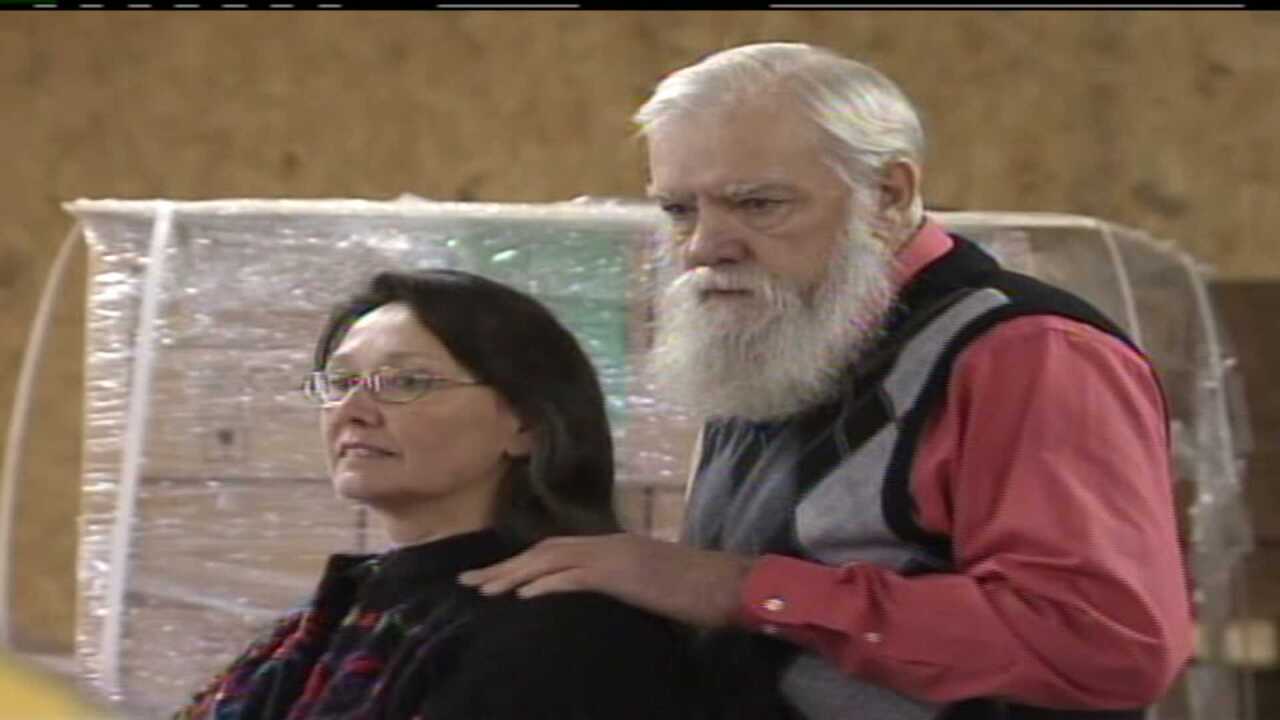 A recent book has brought to surface some philosophical division among parents regarding child rearing. The book that advocates spanking as a way of disciplining children has sold close to 700,000 copies.

“To Train Up a Child,” written by Pastor Michael Pearl and his wife Debi, makes comparisons they have found living in a small Amish community with animals a few hours east of Memphis.

“Yes, I compare child training to animal training because the parallels are significant,” says Pearl.

(See video part 2 by scrolling down)

The book begins with the first chapter: Switch Your Kids. The Pearls explain a switch can be made using anything from a spatula to a rod.

“That's like a dowel rod with a spoon on the end, that would be a rod. This would be a rod – got a little rubber thing on the end of it. And this little piece of flexible tubing would be rod as well, very light,” says Michael Pearl while demonstrating several stick-like tools. “This little instrument right here is not going to break any bones, because any deep bruising, it’s not going to tear the flesh. But that stings.”

Other chapters are titled, The Rod, Safety Training, Child labor and Religious Whips. The pearls say the corporal punishment they write about in their book follows the teachings in the bible.

“He doth spareth the rod hateth his child,” Pastor Pearl quotes from the Bible.

Pearl compares his children to proud soldiers and brags about using word association to toilet train their 3-month-old. And as far as teaching his children to write, Pearl writes: “Our children were so well-trained to the voice command we had to be careful not to say the words at the wrong time.”

In his chapter on safety training, Pearl writes about his children's curiosity with fire and says he would let a stove get hot.
He writes: “The child would inevitably run to the stove to touch it … just as his hand touched the stove, I would say ‘hot’ … it was so effective thereafter … if I wanted to see them do a backflip all I had to do was say ‘hot.’”

“This is child abuse to me. If they did this to an adult, it would be assault,” says Barbara King with the Child Abuse Center in Memphis.

King says it would be criminal to use the types of techniques described in Pearl’s book for disciplining children.

Pearl’s niece who was raised in the author’s home will never forget the switch. But she says she believes she deserved the beatings.

“It was never, you know, thinking you would ever get abused,” she says.

But some parents across this nation may be taking Pearl's advice too far. Dating back to 2006, there have been three cases in which children died and their parents admitted to either reading the book or visiting the Pearl's website.

“The parents who killed their children were not acting in good faith. They were sincerely mistaken about what I said in my book, because my book, To Train Up a Child, is filled with cautions and warnings,” Pearl says. “What they were doing is venting their own anger and frustration in ways that would have occurred whether our book was present in the home or not.”

Close to 11,000  people have signed an online petition urging Amazon.com to remove the book from their website.