BASE jumper leaps from cliff, lands atop a sandstone tower in Moab 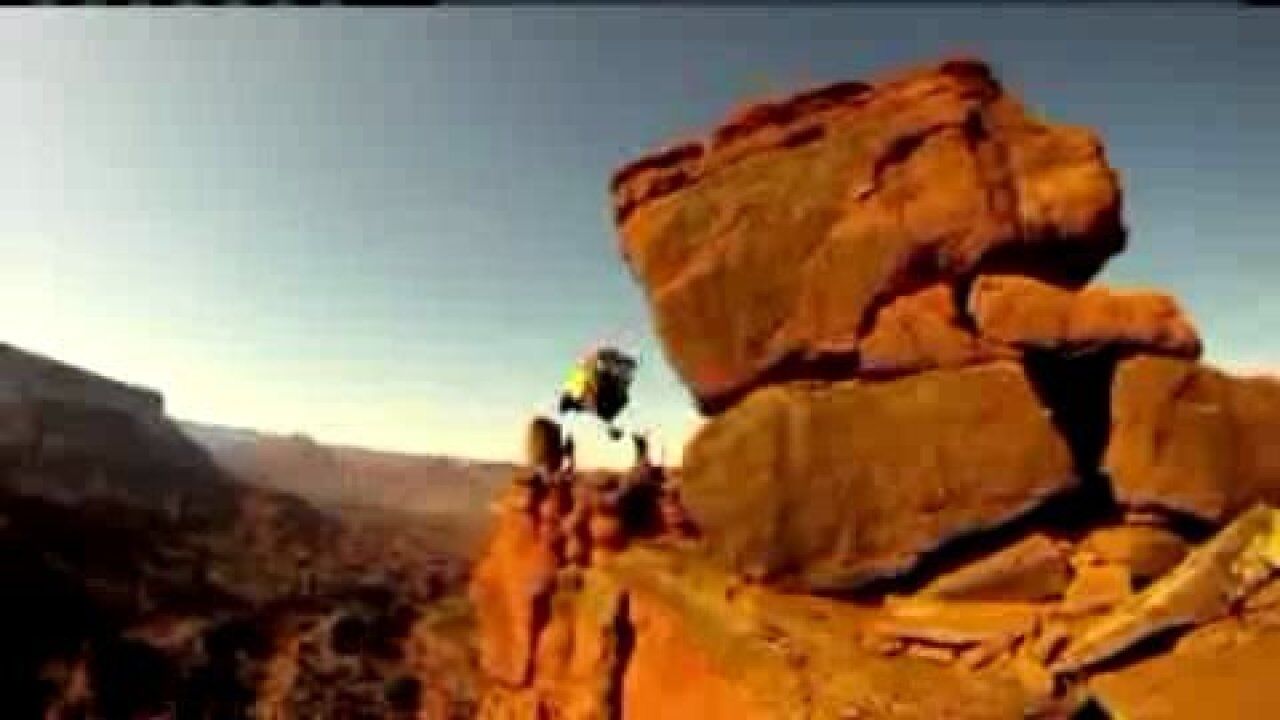 BASE Jumper Mario Richard jumped from a cliff landing on one of the popular Fisher Towers in Moab. He then jumped off again to the ground. He later spoke with FOX 13 about the experience.

Richard says he is not the first one to come up with the idea, but says he is the first to actually pull it off. (SCROLL DOWN to watch video)

The video is dubbed "King of the Mountain." A fitting title for Richard’s one-of-a-kind BASE jump.

First he leaps off a cliff in Moab called Dragon's Nest. It's about 1000 feet above rock spires known as the Fisher Towers.

"All the footage is from these miniature cameras called GoPros, which are pretty popular with any kind of activity these days, skiing mountain biking," Richard says.

During a Skype call from the Grand Canyon, Richard told FOX 13 how he flew for about a minute, his shadow cast on Utah’s breath-taking red rock.

Richard lands on top of the skinny King Fisher spire, a small target at only 25 feet long but only 6 feet wide.  His friends climbed to the top of the summit to catch his landing from multiple angles.

"You actually get to land and there's people all excited because they saw it happen and they're there to share the emotion and for the first few minutes there's so much joy and you bask in accomplishing this thing you've been working at," Richard says.

Richard's next challenge is to finalize his business in Moab where he is getting permits to take people tandem BASE jumping.

King of the mountain from No Fly Zone on Vimeo.