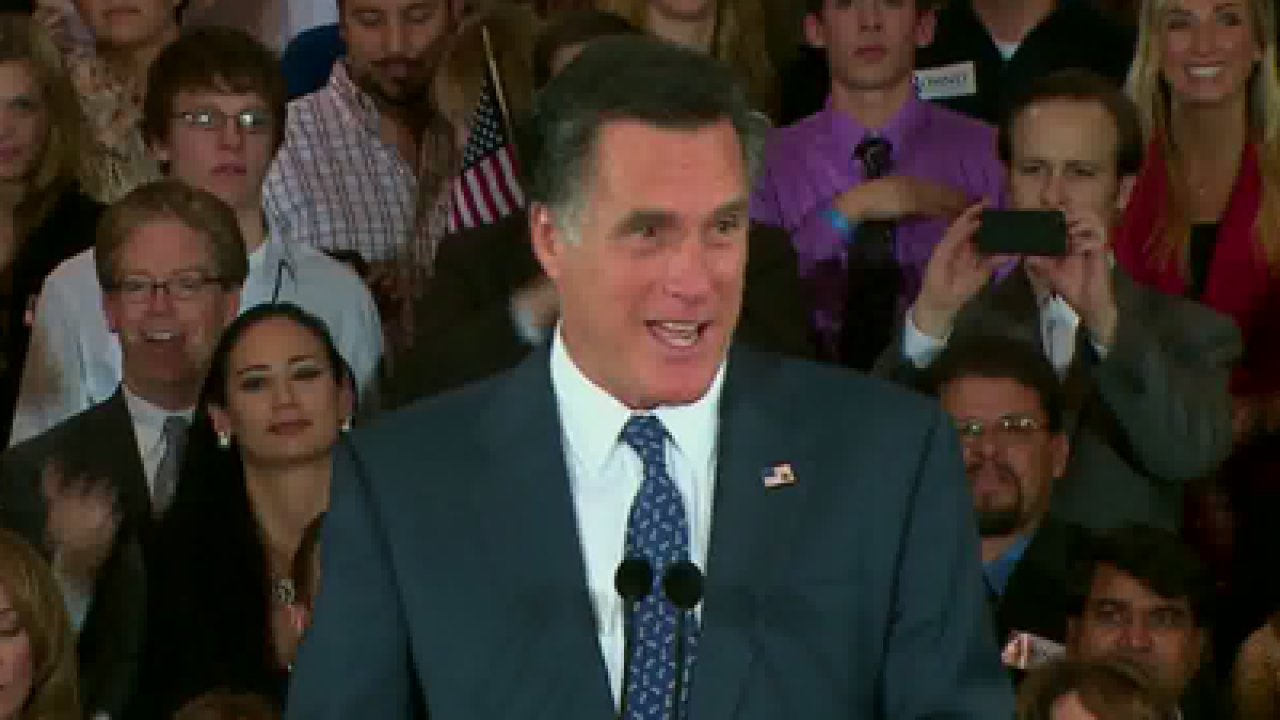 Based on straw-poll results compiled and released by the Wyoming Republican Party, Romney won 39% of the votes cast in straw polls conducted at county-level caucuses.

The delegate count may be closer. Of the 26 delegates at stake, CNN estimates Romney will pick up 10 delegates, while Santorum will take in nine delegates, Paul will receive six, and Gingrich one.

Throughout the month of February, Wyoming Republicans held caucuses and cast votes in straw polls in 22 of the state’s 23 counties. The final county, Sweetwater County, held its caucus Wednesday night.

A little more than 2,000 people caucused this year in Wyoming, the state with the country’s smallest population at just over half a million residents.

The February caucuses and straw polls are the first step in Wyoming’s delegate selection process. County-level delegates to the national convention in Tampa will be chosen at county conventions on March 6-10, and statewide delegates will be selected at the state GOP convention in April.

Romney is making his second bid for president and was widely expected to win the state, as he carried Wyoming by a large margin during the 2008 Republican primary.

Sen. John McCain won the state in the general election later that year with 65 percent of the vote over Barack Obama’s 33 percent.

The Wyoming caucuses mark Romney’s third victory this week, after the former Massachusetts governor pulled much-needed wins in Arizona and Michigan on Tuesday.

However, Romney’s Michigan win comes with an asterisk. The latest CNN delegate estimate indicates that Romney and Santorum will evenly divide the 30 Michigan delegates at stake in Tuesday’s primary.

Voters next head to the polls in Washington on Saturday and in 10 more states on March 6, also known as Super Tuesday.