Teen driver dies, another in critical condition after rollover crash in Sandy 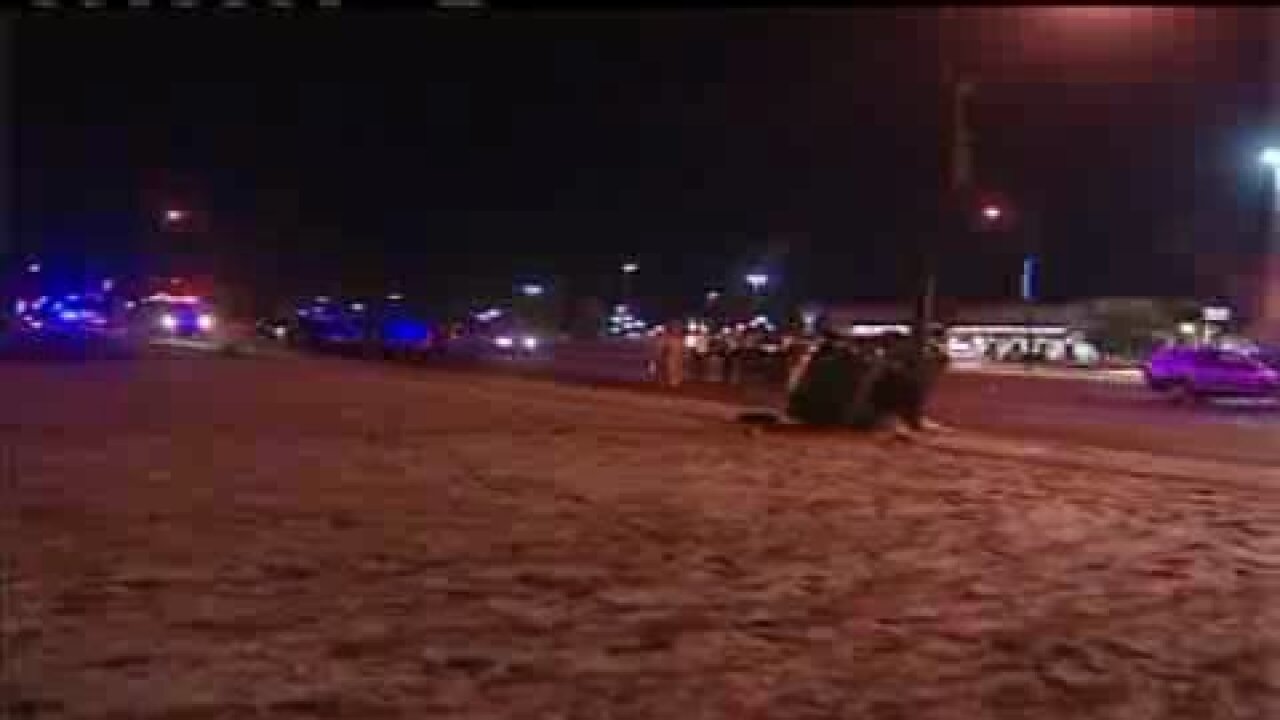 A teenage boy died and another is in critical condition after police say a car rolled and hit a pole in Sandy.

Sandy Police Sgt. Jon Arnold says that 17-year-old Brandon J. Evans, a student at Jordan High School, died in the accident. He says Evans was driving with three other people at about 5:30 p.m., when the Toyota Corolla began swerving and lost control and rolled, colliding with a light pole at about 10100 South State Street.

"This is our third student death this school year. It's been a rough year," said Tom Sherwood, principal at Jordan High School.  "And there's definitely a palpable sense of loss among the students. I think, they are a little more kind to each other, a little more respectful to each other."

The high school observed a 30-second moment of silence for Evans on Wednesday.  Also counseling services are being offered to all students.

"I'm upset and I don't know how the school is really going to handle it," said student Ryan Okelbery, a senior.

A witness driving behind the Corolla said the car had just stopped at a red light. When it continued across the intersection, the car began swerving back and forth as the driver lost control of the vehicle. The witness says the car ran off the road, rolled onto the sidewalk and slid on the sidewalk before crashing into a street light pole.

The male in the passenger seat next to Evans was flown by medical helicopter to the University of Utah Hospital in critical condition. The two other passengers, a boy and a girl, who were in the back seat, were taken to the hospital with non-life threatening injuries.

All occupants in the car were under 18 years of age.