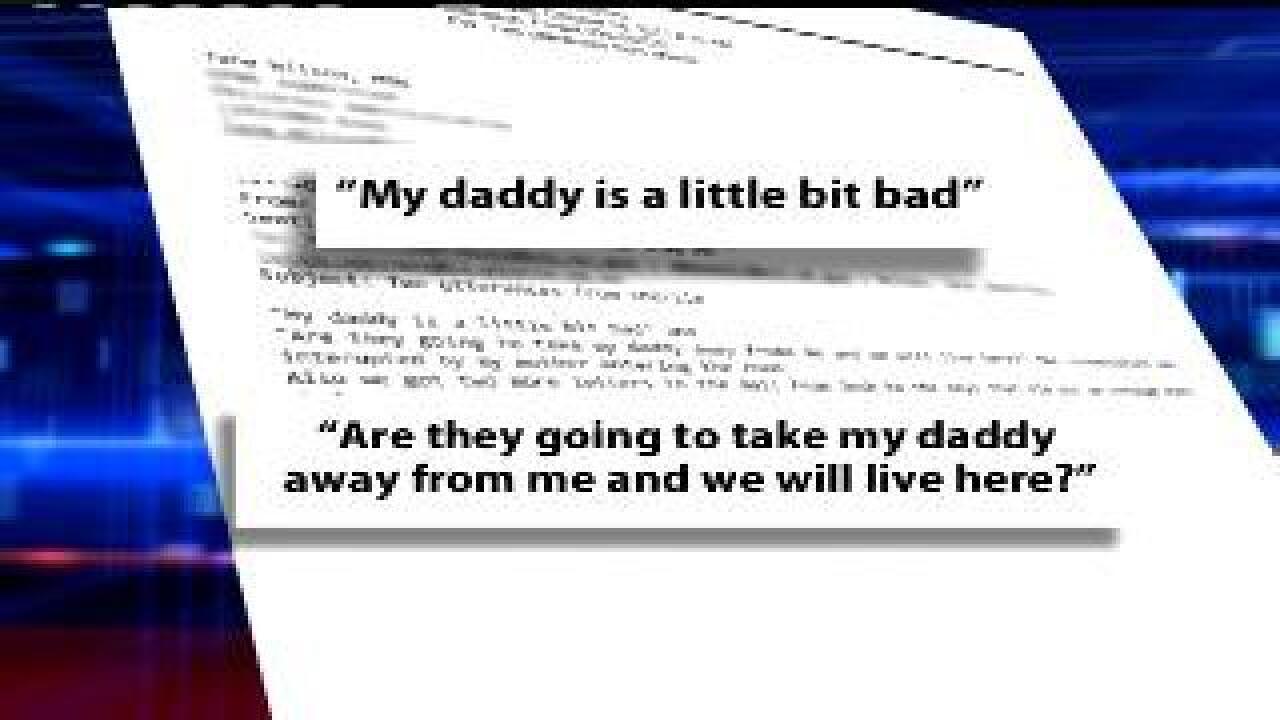 Read a selection of the documents here.

The documents, given to FOX 13 on Friday by Washington's Department of Social and Health Services under a public records request, reveal the inner turmoil the children were under in the face of their mother's disappearance and losing their father after their grandfather was arrested.

"DON'T PLAY WITH ME!" was scrawled on a drawing by one of the children as a part of the custody case.

Josh Powell killed his children, 7-year-old Charlie and 5-year-old Braden, and himself in an explosion and fire at his Graham, Wash., home on Feb. 5. Police said Powell poured gasoline around the home and took a hatchet to his children before setting the fire. A few days prior to the explosion, he had lost custody of his children amid allegations of pornographic images being found on a computer seized by West Valley City police investigating the disappearance of his wife, Susan Cox Powell.

Susan Cox Powell vanished from her home in December 2009. She has not been found.

The children were briefly placed with a foster family after their grandfather, Steven Powell, was arrested on voyeurism and child pornography-related charges last year.

"No, I've never met her," the foster mom replied.

"Police officers are supposed to be good, but sometimes they aren't good," Charlie piped up.

"He talked about in a graveyard, and 'of course they are going to find bones there.' Then he said 'I'm talking about Susan, because she's a girl and he's a boy,' " the foster mom reported to CPS workers.

In other documents, Charlie also expressed agitation talking about his mother. Both boys also made anti-Mormon and anti-religious statements.

"My daddy is a little bit bad," Charlie said to Susan's father, Chuck Cox. "Are they going to take my Daddy away from me and we will live here?"

He reported that to both CPS and West Valley City police in an e-mail included in the massive file.

Josh Powell wrote his children almost daily, telling them that he loved them and could not wait to be together with them again. West Valley City police expressed deep concern about the children being in Powell's custody.

But in notes, CPS caseworkers appeared to be pushing to reunite Josh with his sons. They noted that because of Susan's disappearance, her parents would most certainly oppose it.

Susan's parents have been critical of Washington DSHS, claiming they ignored red flags that should have prevented Josh Powell from even visiting his children. Chuck and Judy Cox have also said they are contemplating a lawsuit.

On Friday, West Valley City police said they were continuing to investigate the disappearance of Susan Cox Powell. Police had seized a bloody comforter and documents from a storage unit and a recycling center used by Josh Powell leading up to the double murder-suicide.