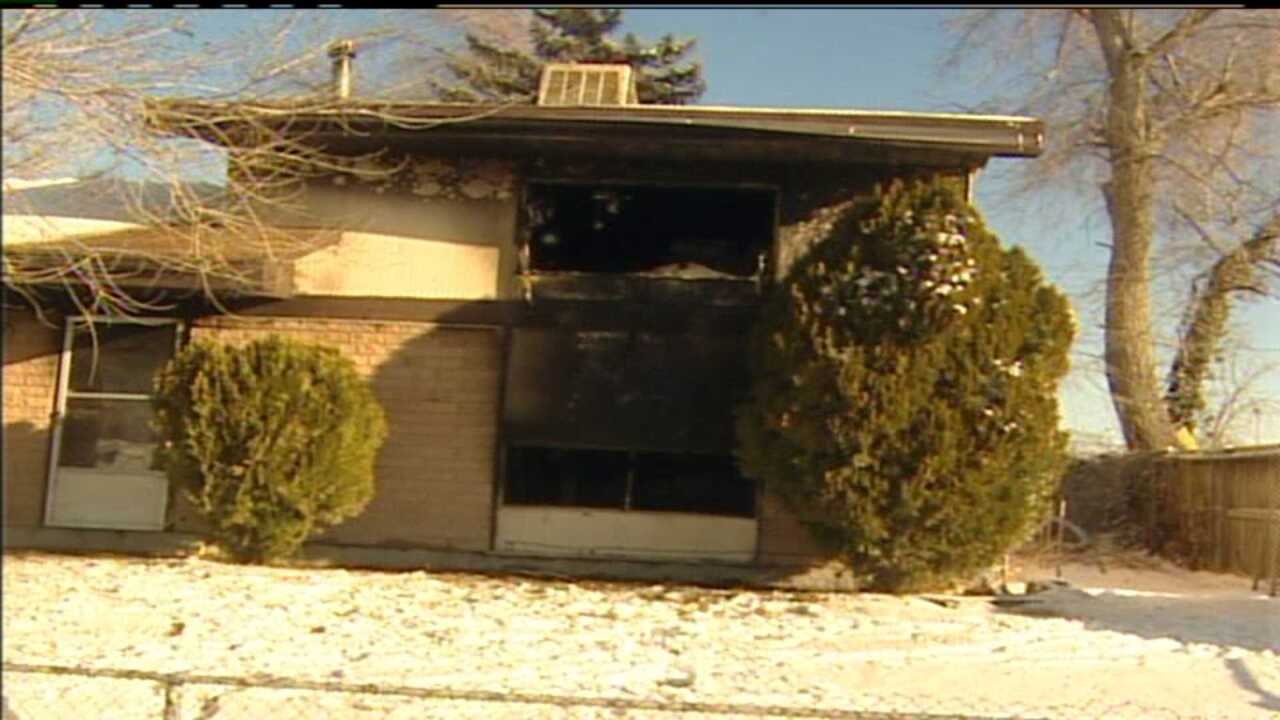 It broke out around 4 a.m. at a home near 2600 South and Ridgeland Drive.  When crews arrived, they could see flames coming from the upstairs of the house.

Ten people lived in the small home, five adults and five children.  The fire spread so quickly, one woman had to jump from a second story window to get out.  She is expected to be in the hospital for the next couple of days.

"It just amazes me the destruction that fire can do," said Fire Marshal Bob Fitzgerald, of West Valley City Fire Department.  "Once it gets ahead of steam, there is really nothing that is going to slow it down."

The five children were able to get out unharmed, however two adults were also taken to the hospital with minor injuries.  The fire caused burns to their feet and back.

Damage is estimate about $100,000 for the structure, but the figure does not account for lost valuables.  Nearly everything was destroyed.

Officials said it looks like the fire started near the furnace.