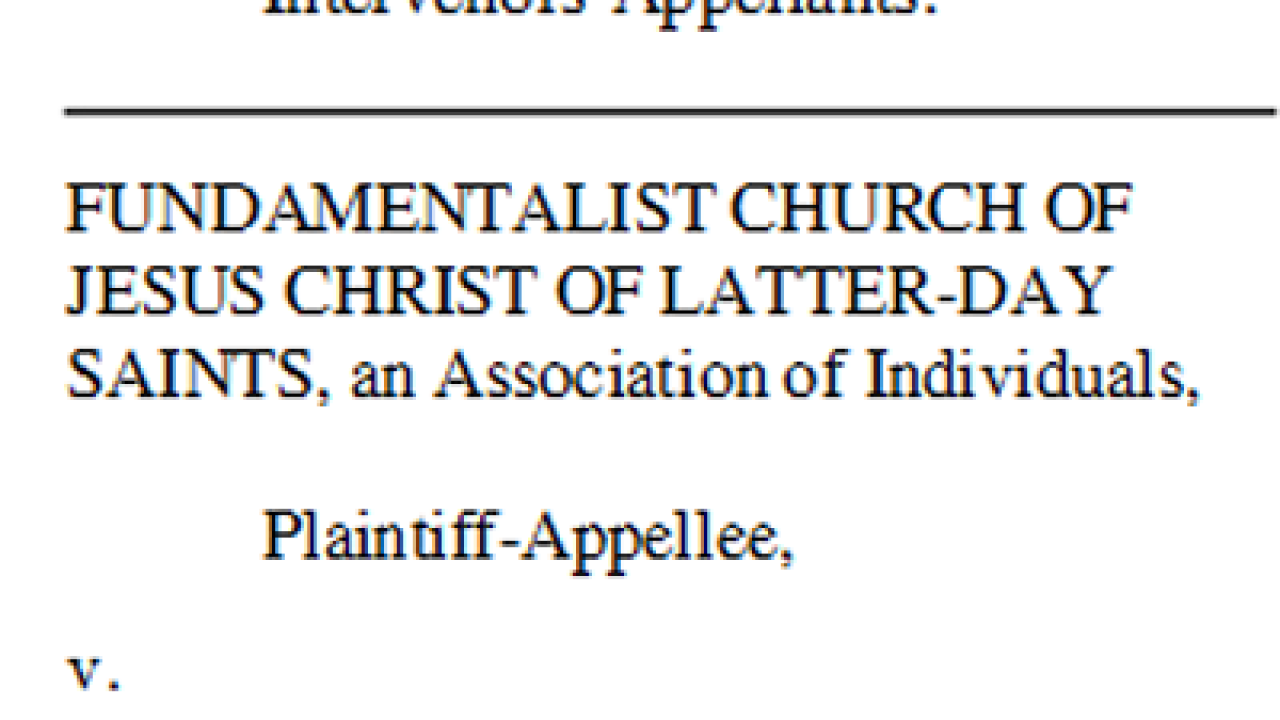 DENVER — A federal appeals court has asked the Utah Supreme Court to weigh in again on a long-running land battle in the polygamous border towns of Hildale, Utah, and Colorado City, Ariz.

In a decision issued Friday, the 10th Circuit Court of Appeals said that there were issues of Utah law that had yet to be settled and asked the state’s top court to decide the issues first. The court canceled plans for arguments later this month.

View this document on Scribd

In 2005, a judge in Salt Lake City’s 3rd District Court took control of the FLDS Church’s United Effort Plan (UEP) amid allegations that Warren Jeffs and other leaders of Utah’s largest polygamous sect mismanaged it. The UEP, based on the early-Mormon concept of a “united order,” controls homes and property in Hildale and Colorado City. FLDS members have challenged the court takeover, saying it violates their First Amendment right to freely practice their religion by consecrating their property to the church.