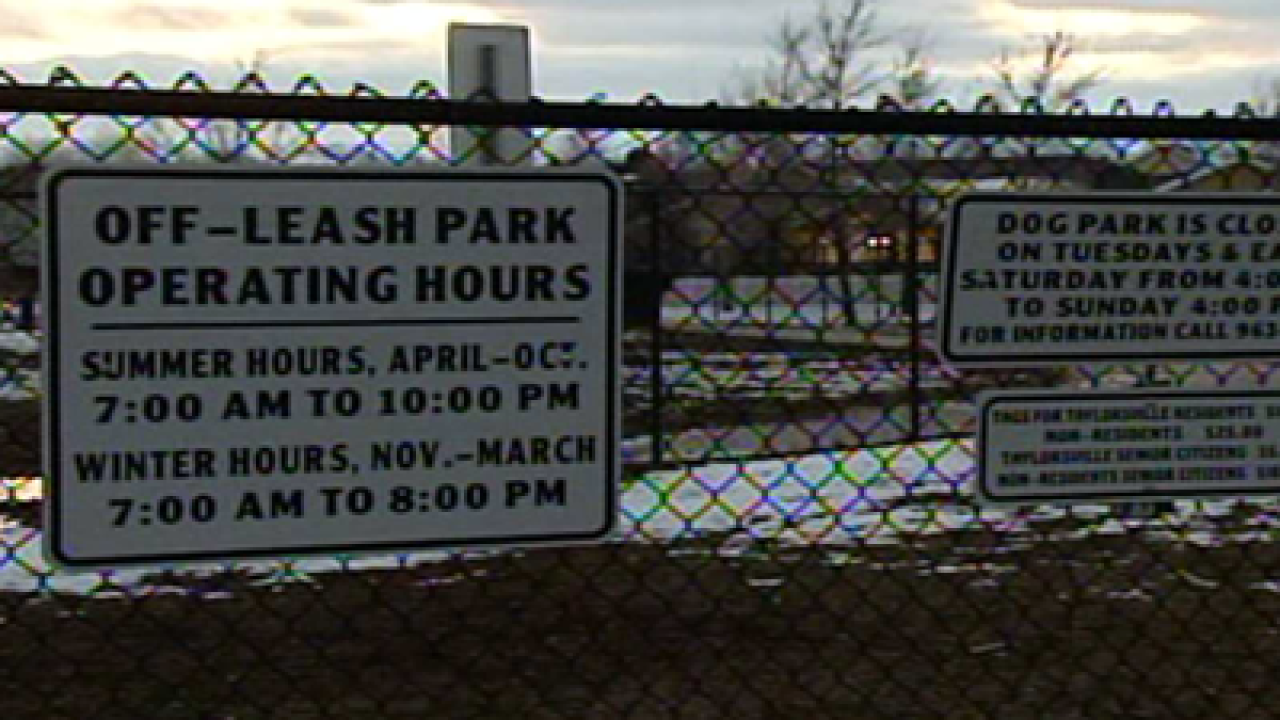 Two dogs were taken to emergency animal clinics after an incident at the Millrace Dog Park in Taylorsville.

Witnesses say the two dogs–a bull terrier and a puppy–were playing in the off-leash, fenced in area of the park, located at 1155 West and 5400 South, when the bull terrier grabbed onto the puppy and wouldn’t let go.

The two owners tried to physically separate the dogs, but the terrier wouldn’t release the puppy. The owner of the puppy shot the bull terrier with a .40-caliber handgun and it released the puppy.

Both dogs were taken to emergency animal clinics but are expected to be okay.

The owner of the puppy was an off-duty West Valley City animal control officer, so Salt Lake County Animal Services and the Taylorsville Police Dept. are investigating the incident. The two owners’ statements are different, but there were other witnesses at the park giving statements.