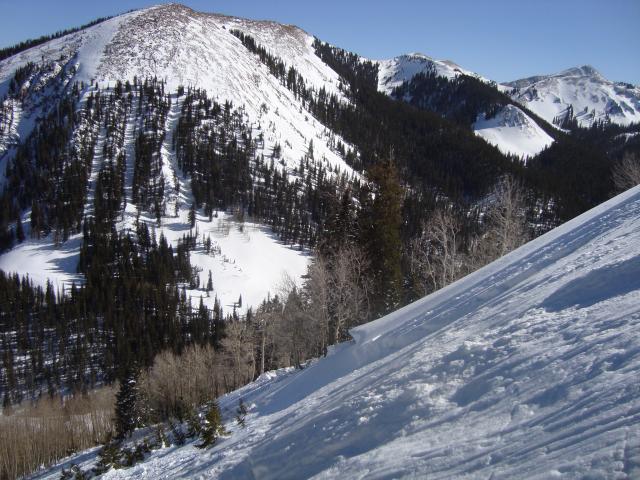 MOAB, Utah – Officials say a man who died in a Saturday morning avalanche was found early Sunday afternoon in the La Sal Mountains near Moab.

The family of 18-year-old Garrett Carothers told KREX in Grand Junction that his body was recovered by search and rescue crews just after noon Sunday.

Grand County Sheriff Steven White says the man was found in about 12 feet of snow near his snowmobile, which had been found Saturday evening around midnight.

Carothers was part of a group of four snowmobilers who traveled into the Utah backcountry from Colorado Saturday morning. They were about six miles into Utah in a steep part of the Beaver Basin area when an acre-wide avalanche triggered at around 10:30 a.m., burying Carothers.

Because the group was in a remote area, the three remaining snowmobilers had no cell phone reception and had to travel out of the area to call for help. As a result, rescue crews were not notified of the avalanche until around 2 p.m.

Rescue crews were called out and a helicopter was in the area by about 5 p.m. looking for Carothers. The avalanche danger in the area is high, severely reducing the rescuers’ ability to search for the missing man. The men were not wearing beacons and did not appear to have rescue gear, according to White.

The Utah Avalanche Center says crews were able to find Carothers’ snowmobile about 12 feet deep with probes Saturday, but were unable to find the him before dark.