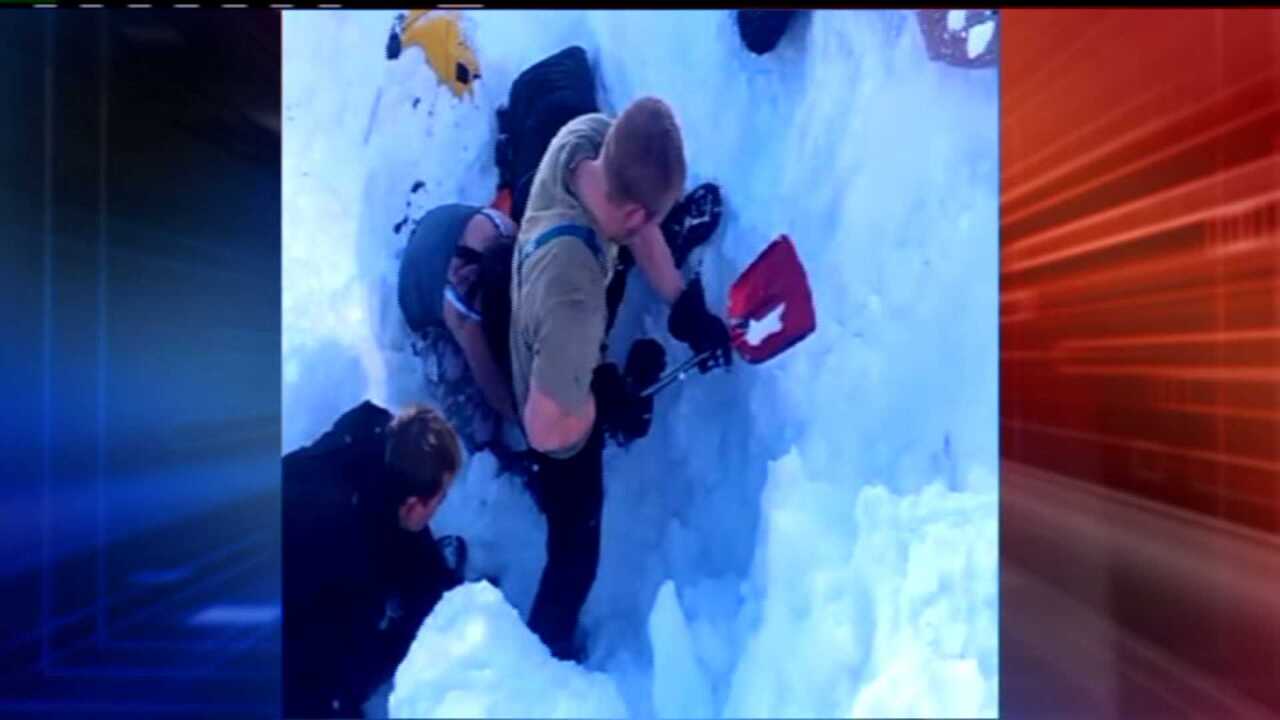 A group of friends were snowmobiling in the Drop Doom area near Hoyt's Peak Sunday when an avalanche was triggered and the driver was buried.

Tyson Black and Bronson Butler have always been competing against each other, but Monday turned into an intense rescue.

"The entire mountain just starts breaking off and my heart just sank. I'm just like 'oh no," said Butler.

Butler says as soon as he saw the slide bury his friend, he sprung into action. Given his avalanche training know-how, he knew that time was of essence. [SCROLL DOWN TO SEE VIDEO]

Brandy Newbold, Black's girlfriend, was watching from afar, trying to make sense of what was happening.

"I just felt so helpless. It was just the most helpless feeling. And it was the worst feeling ever," said Newbold.

It took the assistance from another friend and another five precious more minutes to finally reach Black and free him from the snow.

"We were just bawling and hugging each other, just so thankful that he was OK and it was a miracle. I wouldn't think we were going to pull him out breathing, let alone alive," says Newbold.

Although Black did not want to go on camera, he tells FOX 13 he realizes they were taking risks and should have known better.

Butler, who's on a search and rescue team, never thought he would have to save his friend. He hopes their experience will show others just how dangerous avalanches can be.