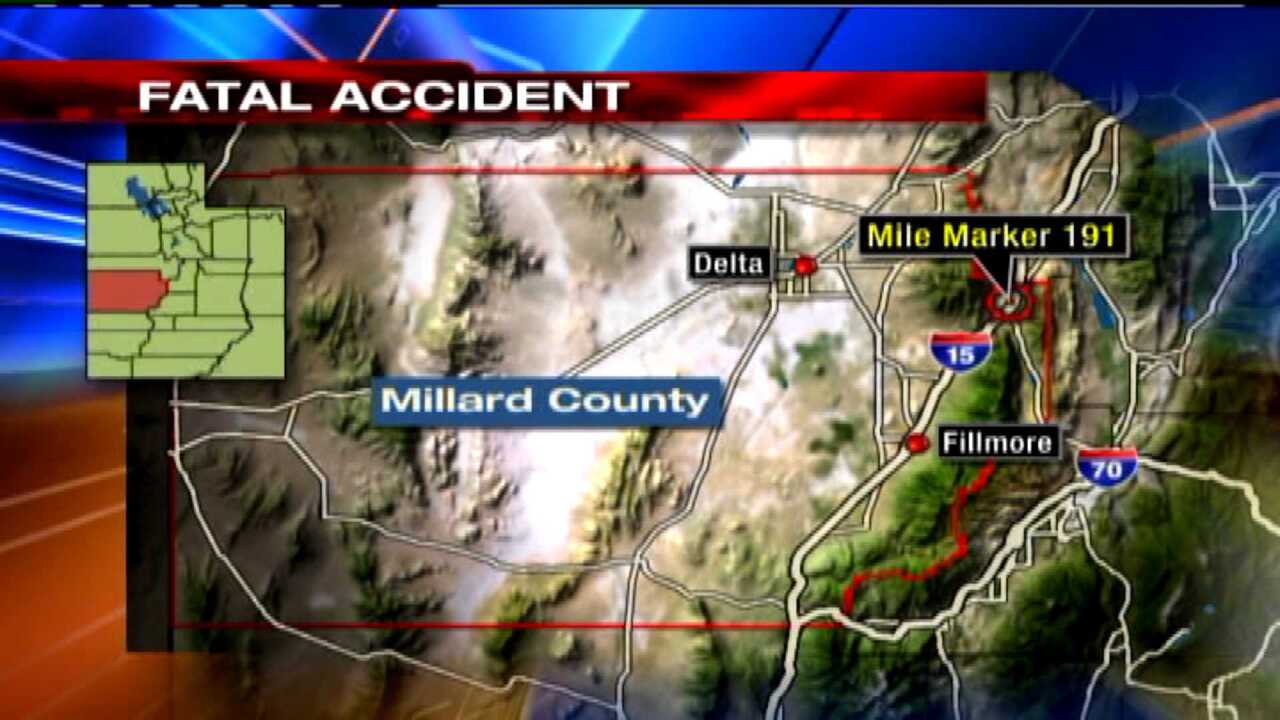 The Utah Highway Patrol is investigating a fatal crash that happened around 9 p.m. Sunday on Interstate 15 just north of Scipio.

Officers said a woman behind the wheel lost control of her car and crashed into a median.  The car rolled several times, throwing the driver onto the road.

Police said the woman was not wearing a seat belt and she was the only person is the car.

Police are still investigating why she lost control of the car.

The woman’s name has not been released.