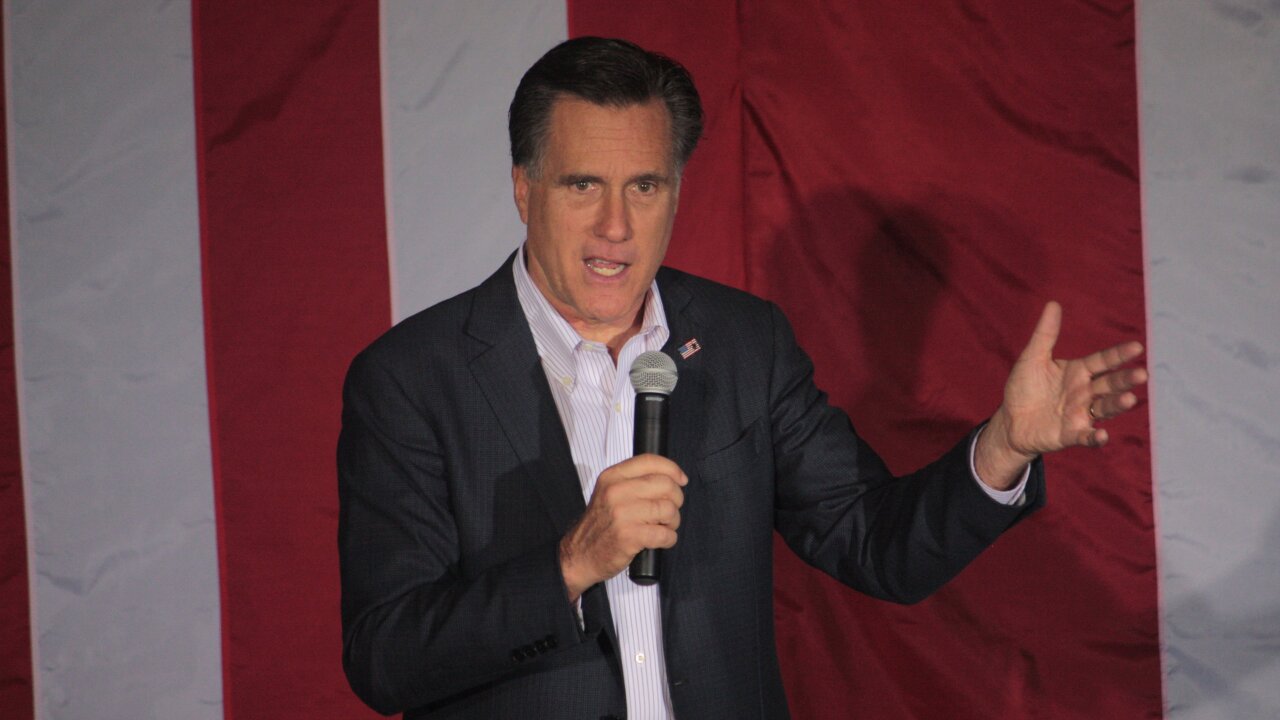 By Paul Steinhauser and Tom Cohen

Results from one more contest — the Alaska caucuses — were still being counted.

The five victories made it a good night for Romney, padding his front-running delegate total in the Republican presidential campaign. But he failed to get the convincing showing needed to demonstrate his ability to generate support among diehard conservatives.

In particular, Romney was unable to attract strong support from tea party conservatives and evangelical conservatives — voters who are important in a Republican primary but not as significant in a general election.

“He still has a problem with the base,” said Ari Fleischer, a CNN contributor who was press secretary for President George W. Bush. “That base problem may make him attractive to independents if he gets to a general” election, but can work against Romney in the primary season.

In Ohio, Romney took a late lead of more than 10,000 votes over Santorum with 99.1% of the vote counted, according to the Ohio Secretary of State’s unofficial tally. It was clear Santorum would be unable to overcome the difference.

Even if Santorum had managed to win the Ohio vote, he wouldn’t get a majority of the delegates because his campaign failed to properly register them in some districts.

Santorum’s victories in the Tennessee and Oklahoma primaries, and North Dakota caucuses, demonstrated his continuing strength among conservative voters, while Gingrich’s win in the state that sent him to Congress allowed him to keep his campaign going.

The next contests include the Kansas caucuses on Saturday, and primaries in Mississippi and Alabama on March 13. Gingrich and Santorum are focusing on those races in conservative states in their battle to become the lone right-wing challenger to the more moderate Romney.

Santorum’s campaign is planning on buying about $1 million of ads in Kansas, Alabama and Mississippi, a Santorum campaign source said.

“It looks we’re going to get at least a couple of gold medals, and a whole passel full of silver medals,” Santorum told cheering supporters in Ohio, where he was running slightly ahead of Romney in a race too close to call, with 70% of precincts reporting.

Romney, meanwhile, easily won as expected in Virginia, Vermont and Massachusetts, the state where he served as governor and considers home. CNN later projected a Romney win in Idaho’s Republican caucuses.

Some early results from contests in 10 states that put 419 delegates up for grabs were expected, based on pre-primary polls and the fact that two of the candidates — Santorum and Gingrich — weren’t on the Virginia ballot.

For Gingrich, who represented Georgia’s sixth congressional district for two decades, the victory provided a new boost after a string of defeats since his only other primary triumph in South Carolina.

“Thank you Georgia! It is gratifying to win my home state so decisively to launch our March Momentum,” Gingrich said Tuesday night in a Twitter post.

A Gingrich campaign source also told CNN on condition of not being identified that the former House speaker will become the third GOP candidate to get Secret Service protection starting Wednesday. Romney and Santorum already have that protection.

Romney entered Super Tuesday off of three wins last week and a growing lead in the delegate count toward the 1,144 needed to secure the nomination to face President Barack Obama in November.

In remarks to supporters later Tuesday night in Boston, Romney focused on Obama in trying to sound like the presumptive nominee.

Citing unemployment that remains above 8%, Romney said the figure is just an “inconvenient statistic” in the eyes of the Obama administration.

“But those numbers are more than data on a spreadsheet; they are worried families and anxious faces,” said Romney, who was interrupted repeatedly by chants and cheers. “And tonight, I’d like to say to each of them: You have not been forgotten. We will not leave you behind. Our campaign is on the move, and real change is finally on the way.”

Romney also signaled a continued battle for his campaign.

“Tonight, we’ve taken one more step towards restoring the promise of America,” he said. “Tomorrow we wake up and we start again. And the next day we’ll do the same. And so it will go, day by day, step by step, door by door, heart to heart.”

Santorum also focused on Obama, saying the president’s policies threatened the individual liberty of Americans. He also targeted Romney for his health care law in Massachusetts, arguing it was the model for Obama’s federal health care reforms detested by conservatives.

“I’ve never been for a mandate at a state or a federal level,” Santorum said in challenging the requirement in both the Massachusetts and federal laws for people to have health coverage.

Tuesday was the biggest single day of the primary season, and included showdowns in several states that will determine the ability of Santorum, Gingrich and Texas Rep. Ron Paul to blunt Romney’s momentum toward what many believe will be his inevitable nomination.

Georgia had the most delegates up for grabs on Tuesday, but Ohio, because of its status as a crucial battleground state in the general election, is considered the main prize.

Gingrich made clear he needed to win Georgia — the state he represented in Congress for two decades — to keep his campaign alive. The CNN/ORC poll showed him with a solid lead at 47% support among likely GOP primary voters, compared with Romney at 24%, Santorum at 15% and Paul at 9%.

The endorsements indicated a growing push in the Republican Party to show Romney can win the trust of conservatives, despite concerns that he is too moderate.

Thanks to a sweep of contests in Colorado, Minnesota and Missouri on February 7, Santorum went from a long-shot candidate to a co-front-runner, but until Tuesday he had not had a victory since.

Santorum and Gingrich were not on the ballot in Virginia because they failed to get enough signatures to qualify, and Santorum was not eligible to win some delegates in Ohio because his campaign failed to file required paperwork in some congressional districts and didn’t submit a full list of delegates in others.

Paul has focused his efforts on winning delegates in the caucus states so that he can wield influence at the Republican convention in August.

Besides Ohio, citizens in Cantor’s Virginia and Coburn’s Oklahoma participated in primaries, as did voters in Georgia, Tennessee, Vermont and Massachusetts, while Idaho, North Dakota and Alaska held caucuses.