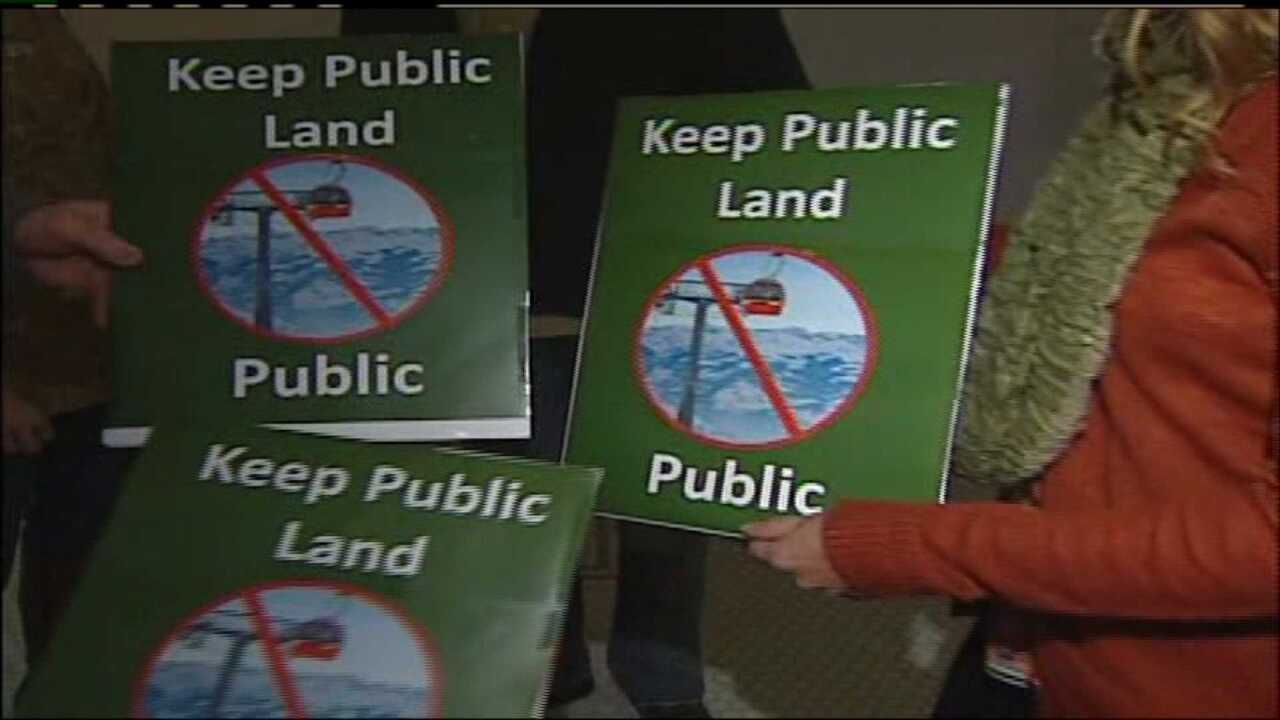 But according to those who held the latest protest at the Capitol, called "Rally to Restore Sanity," the legislature is off the tracks. Signs saying "we are the majority,"  "trust women, we don't need your 72 hour waiting period" and "keep public land public” were in the mix of demonstrators.

FOX 13 talked to demonstrator Ken Rozema who brought a sign that said: “Putin ‘beliefs’ in Utah’s one party state.’

“And that’s another reason why I’m here is we’re afraid of a second party,” explains Rozema.

In a legislative session short on protest, this was like all of them wrapped in one.

“I have to say at this point I feel a little disheartened by what I've observed particularly having to do with the sex ed bill,” said Heather Stringfellow, vice president  of public policy for Utah’s Planned Parenthood Association.

On Thursday the legislature will have to pass what's called the "bill of bills" which is the final budget. Some concerns for that discussion will be whether the House will get the autism program they want for children of public employees and Medicaid recipients. Another concern is if teachers and public employees will get a pay increase of any kind.