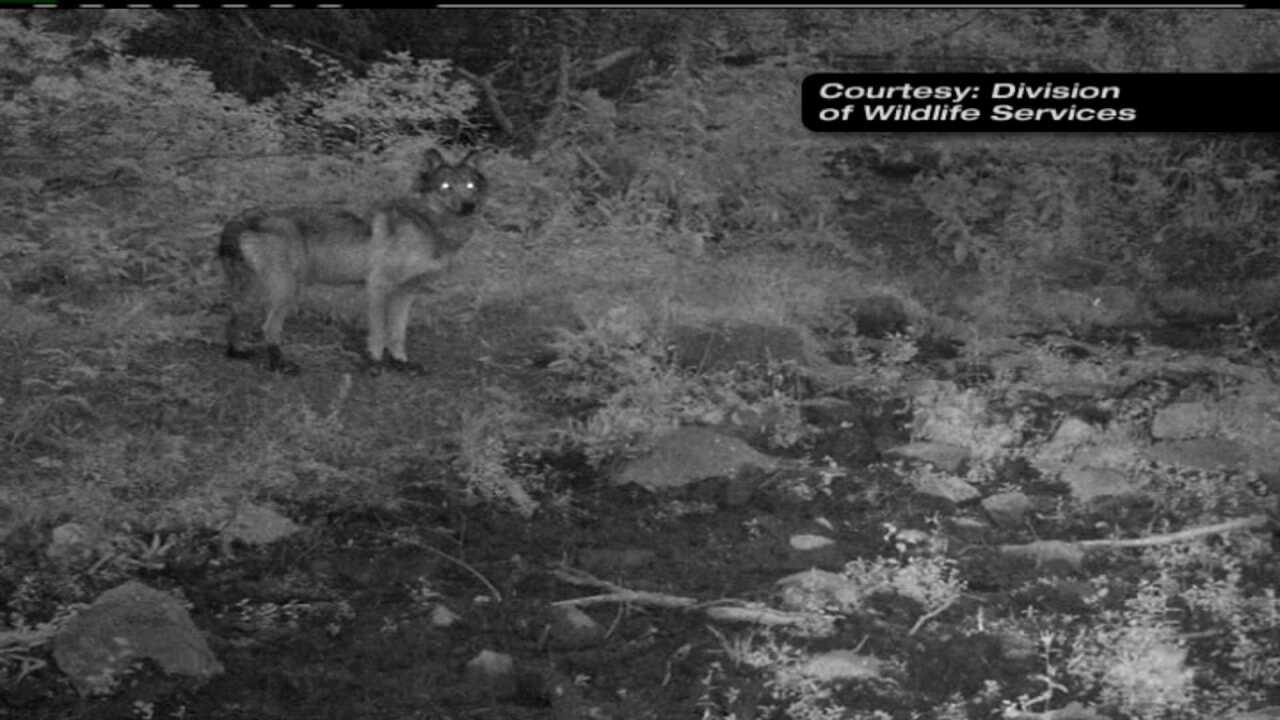 The Utah Division of Wildlife Resources says they get reports of suspected wolf sightings periodically, but the most recent evidence has been especially compelling.

"There's still some question because the animals didn't run from the helicopter, they did seem like they might be a little habituated. So there's a concern that they might be hybrids,” said DWR’s mammal coordinator John Shivik.

The Utah DWR has been investigating reported wolf sightings for close to a year, including an alleged livestock kill. A recent photo of a possible wolf was taken from a trail camera. However, wildlife biologists want to get concrete proof to know for sure.

"We've hired a helicopter to come in, hopefully they'll find the animals, be able to net-gun the animals. Then we'll do a visual inspection, try to see if we can rule out whether or not they are hybrids,” says Shivik.

If the animals are found to be wolf hybrids, the state will destroy them. However, if they are wolves, they are protected by federal law.

"They're still in a listed zone. So they are in an area where their management is by the Fish and Wildlife Service and the Endangered Species Act and it’s out of the state's jurisdiction,” said Shivik.

DWR biologists will go searching later this week. If wolves are found, they will place radio collars on the animals so they can track their movements.

DWR says they are not surprised at the possible discovery since wolves are commonly seen in Idaho and Wyoming.