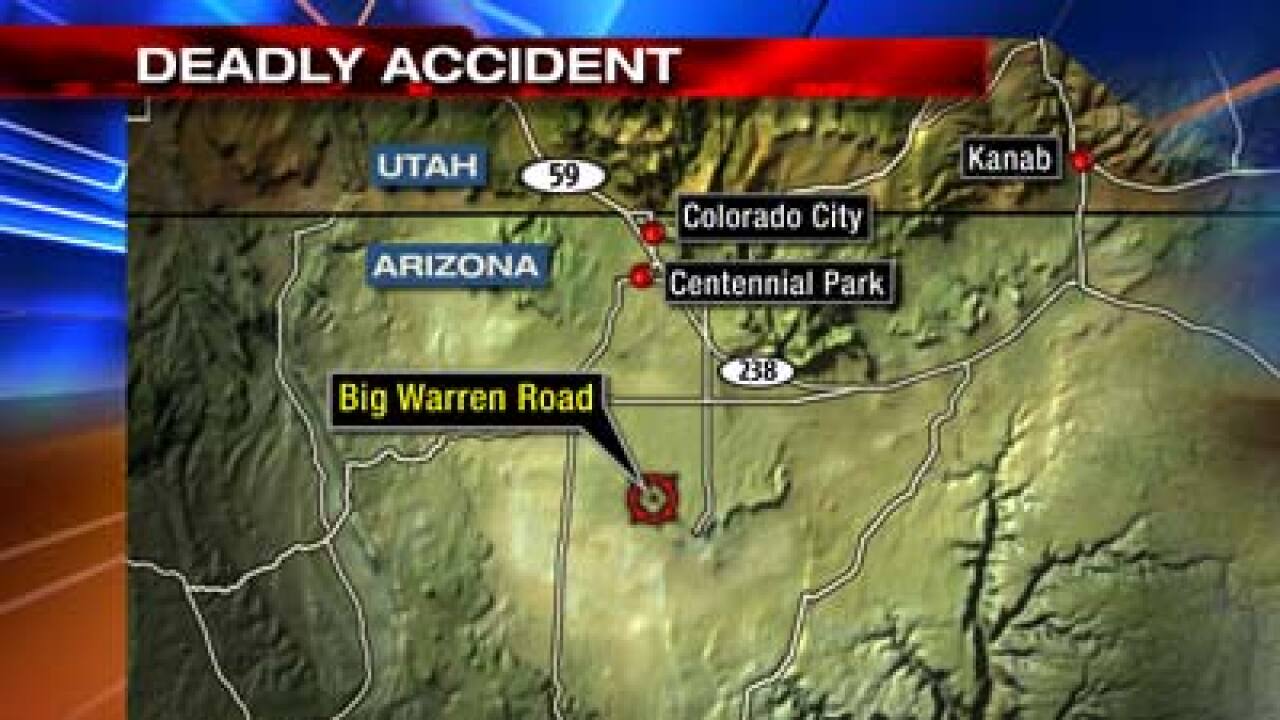 Five people are dead and one is seriously hurt after a rollover crash near Centennial Park, Ariz., according to the Mohave County Sheriff's Office.

They believe the accident occurred either Tuesday night or early Wednesday morning on Big Warren Road.  But, deputies were not called to the scene until Wednesday afternoon.

"We are trying to put together a good timeline," said Chief Deputy Jim McCabe, of the Mohave County Sheriff's Department.  "It appears that there [were] other people that were out in this remote location that left prior to that vehicle leaving.  And the next day when they didn't arrive in school, didn't see them in school, then some of them became worried and started back tracking where they had been the night before and came upon the accident."

He said the crash occurred on a dirt road where a Chevy Suburban failed to negotiate a turn and rolled.

Chief Deputy McCabe said they think survivor Nakita Timpson, 18, of Colorado City, was trapped in the vehicle for up to 15 hours.  She was airlifted to Dixie Regional Medical Center.

"She was actually trapped by the vehicle," said Chief Deputy McCabe.  "I understand that she is going to survive the crash."

Police are investigating the cause of the crash and said alcohol and weather may have been factors.