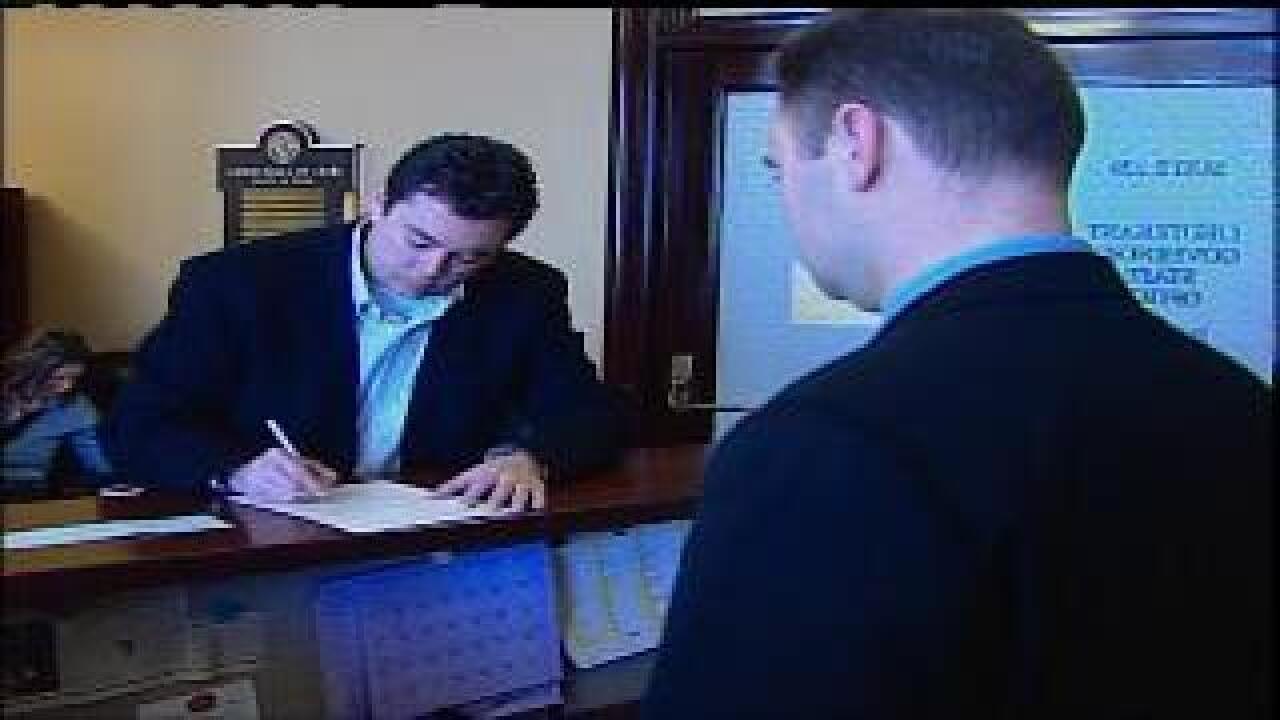 Nearly a dozen candidates from several different parties filed paperwork on Friday at the Lieutenant Governor's office to run for public office.

As this is a presidential election year, candidates are expecting a larger voter turn out.  Also, changes to districts could mean much different results than in year's past.

Democrat Jim Matheson said Utah lawmakers "blew up" his district, so he is running for the newly created 4th Congressional District seat.

Matheson said there will be some overlapping voters from his old district, but his campaign strategy will not change despite having a new area.

"I'm actually really excited about the district I'm going to run in," said Jim Matheson, D-Congressional candidate.  "I'd represent more people there than any of the other districts in Utah. I'm real proud of what I've done for any place I've represented in Utah, so I'm motivated in a big way."

Libertarian Ken Larson also signed up to run for the 4th Congressional District.  He said his decision to run is not a matter of party, but of policy.  He said his main policy issue is peace on earth.

"The situation is so serious that even us old timers who thought we were through, are coming back to say 'hey, come on,'" said Larson.

Also, U.S. Representative Jason Chaffetz submitted paperwork to run for a third term in the 3rd District.  The incumbent said his district doesn't look the same as it did two years ago, but he wants a new challenge.

"It's such an honor and a privilege to serve in the United States Congress," said Rep. Chaffetz.  "I try and do everything I can to fight back this massive debt and intrusion of our federal government."