DRAPER, Utah -- Draper police have identified the body found in the Jordan River as that of 15-year-old Annie Grace Kasprzak, from Riverton.

Annie was a freshman at Summit Academy, in Draper. Police said she was reported missing by her family on Saturday night.

Police say a concerned citizen alerted them after they were walking along the Jordan River Parkway Sunday at around 10 a.m. and discovered a shoe and some blood on the trail near 12600 South. Search and rescue crews were called out and conducted a search of the area in and around the river. Several hundred yards downstream, Annie's body was spotted from a helicopter at about 1:30 p.m.

"There's a walkway that connects Draper and Riverton and the person said they located some blood," said Sgt. Chad Carpenter with the Draper Police Department. "There was a substantial amount, enough to make us believe something happened."

She was found north of a footbridge at 12600 South and the Jordan River, but police said they believe she had been attacked and killed in another area.

Investigators said she sustained significant injures and are considering this a possible murder investigation.They found a shoe in the area that matches a shoe found on the Annie's foot. Police do not believe Annie was jogging prior to her death.

"She does have injuries, I can't go into detail about the injuries but her injuries are consistent with what we found at the initial crime scene," said Carpenter.

Carpenter said that there haven't been any reports of suspicious activity in the area prior to the body being found.

"You know it's scary, but I know that it is very unusual for where we're at and the kinds of things that happen here," said John Copier, a local resident, on Monday.  "We use this trail almost every day and never see anything, any problems at all."

Police are asking residents with any information concerning the case, especially if anyone saw Annie Saturday evening, to call them at 801-840-4000. 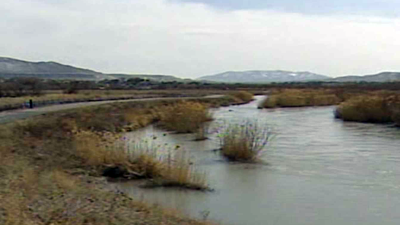