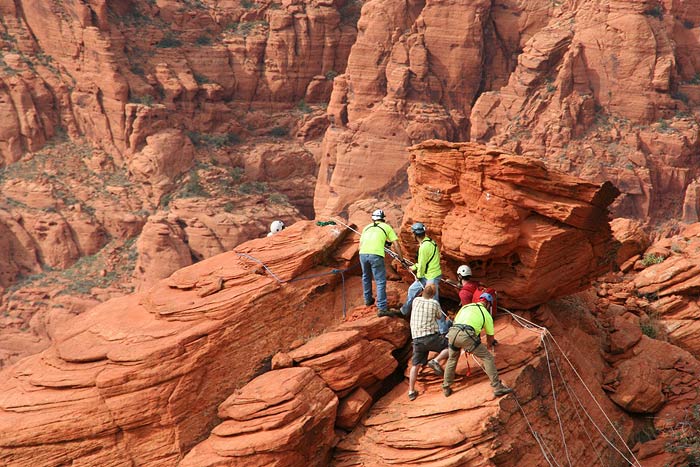 A man was rescued at Red Mountain near Ivins, Utah on Sunday afternoon after breaking his leg while hiking.

The 38-year-old man was jumping from rock to rock and landed poorly, breaking his leg, according to Washington County Sheriff Search and Rescue.

He was inaccessible by foot, so rescue crews set up a skyline and lowered a stretcher to where the man was hurt.  The man was ferried over a 400 foot drop to reach the medical helicopter, officials said.

It took crews about five hours to rescue the man.