Much a goo about ‘pink slime’ 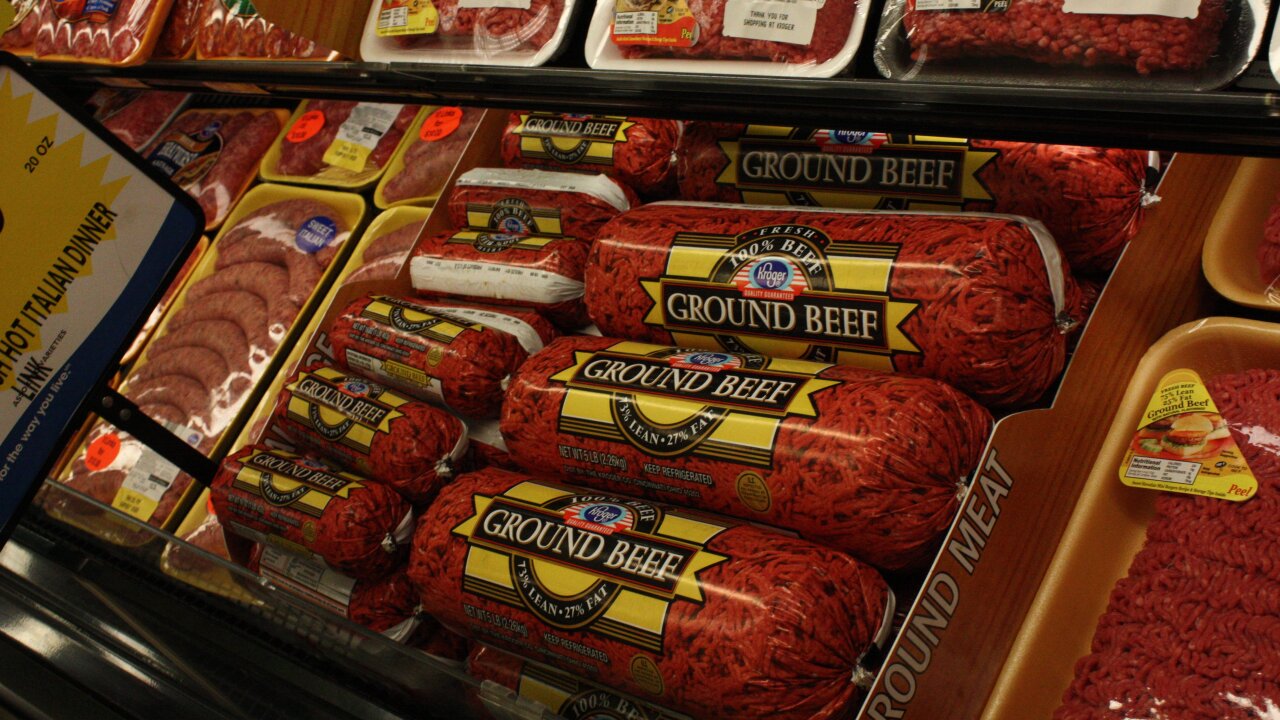 Photos of various shots of a meat department at a Kroger grocery store in Atlanta. Ground beef is pictured.

(CNN) — A new phrase has oozed into the news cycle: “pink slime.”

While one might expect such terminology to deal with a “Double Dare” or “Ghostbusters” reboot, instead, it refers to something that many Americans are consuming without even knowing it.

The pink goo first gained mainstream attention when British celebrity chef Jamie Oliver focused an episode of his show, “Jamie Oliver’s Food Revolution,” on the product that is used as a ground beef filler.  During the episode, Oliver reported 70 percent of ground beef in the United States contains the ammonium hydroxide-treated ground meat that bears a striking resemblance to strawberry fro-yo.”Basically, we’re taking a product that would be sold at the cheapest form for dogs and after this process, we can give it to humans,” said Oliver.

Beef Products, Inc., are the makers of the so-called “pink slime.” They describe themselves as the “world’s leading producer of lean beef processed from fresh beef trimmings.”

BPI makes the product by grinding together beef scraps and connective tissue. The company then uses a mixture of ammonia and water (ammonium hydroxide) to prevent the risk for E. coli or salmonella contamination.

While the Food and Drug Administration (FDA) and the Food Safety and Inspection Service (FSIS) both consider ammonium hydroxide as GRAS (an acronym for “generally recognized as safe”), McDonald’s has since announced that it discontinued the use of, what the corporation calls, select beef trimmings (SLBT). The fast food chain came under fire after the episode for using the filler in its hamburger patties.

“For a number of years prior to 2011, to assist with supply, McDonald’s USA used some lean beef trimmings treated with ammonia in our burgers. We were among other food retailers who used this safe product,” the fast food chain released in a statement.

“At the beginning of last year, we made a decision to stop using this ingredient. It has been out of the McDonald’s USA supply chain since last August.”

Taco Bell and Burger King have reportedly also discontinued use of BPI’s product.

However, a new report in the tablet-only newspaper The Daily suggests the USDA plans to buy 7 million pounds of lean beef trimmings from BPI this spring for the national school lunch program. Change.org has since started a petition against the USDA and its use of BPI’s products in school lunches.

At present, the USDA does not require labeling that would let consumers know if the beef they’re buying contains the mixture.

“The only solution I can give you is: The only way you can use ground beef is by watching the butcher grind it in front of you – which they can do, but that’s a real pain in the backside,” said Oliver.