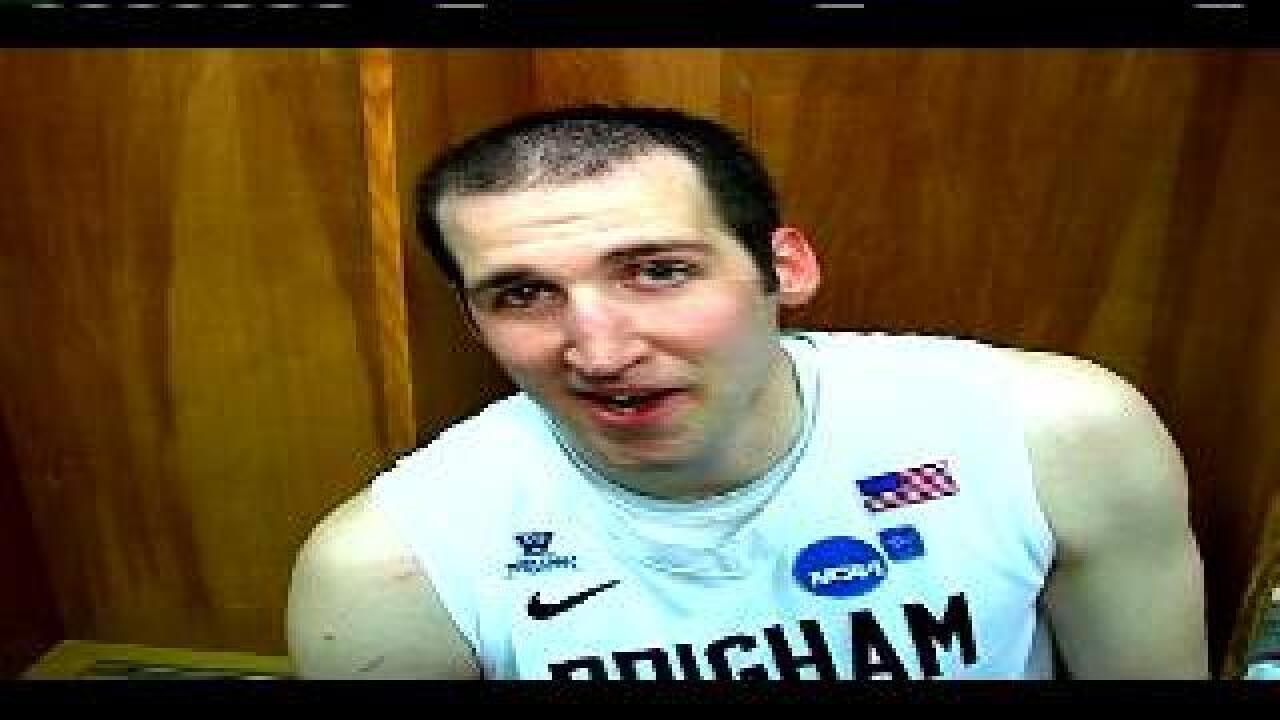 It was looking grim for the Cougars after the fist quarter with them behind Iona by 25 points.

Cosmo and the BYU Cougars were making their sixth straight appearance in the NCAA tournament.  They went to the sweet 16 last year, but that was with Jimmer Fredette.

Early on Matt Carlino breaks the press by firing a fullcourt pass to Brandon Davies for the slam dunk. The junior from Provo High ties the game at 2. But when BYU was not missing shots, they were turning the ball over early in the first half. At that time, the Gaels started to show why they are the top scoring team in the nation by building a 25-point lead at one point and led by 15 at the half.

But the Cougars chipped away at their massive deficit. It was a 10-point gap when Brock Zylstra knocks down a three to get them within seven at 62-55.

They held the high-octane Gaels scoreless for a nine minute 13 second stretch. BYU uses a 17-0 run to get within 1.

With under 30 seconds to play, Iona down 3, Davies has the shot block that winds into a fast break and the ball was forwarded to Hartsock with no time for the Gaels to stop his 3-point shot that sealed their fate.

It's the biggest comeback in tournament history, according to CNN.

BYU will play Marquette in the first round of tournament play on March 15 in Louisville, Ky.