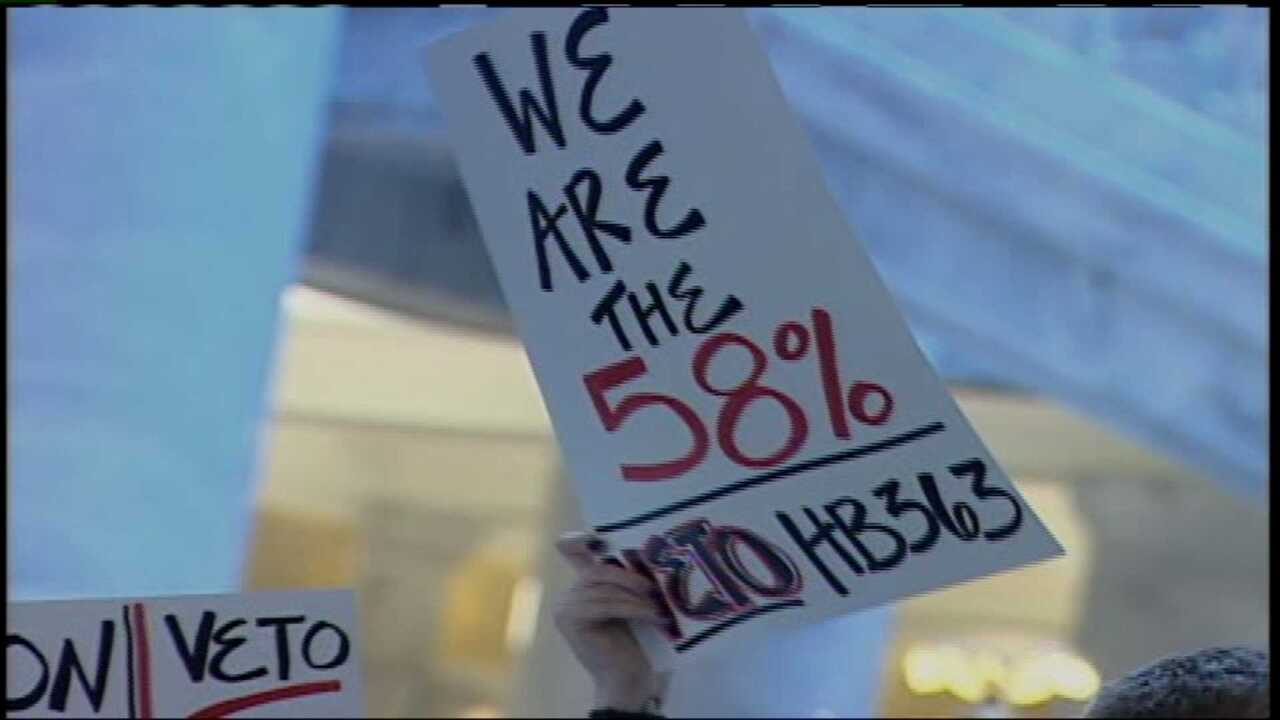 A rally held at the Capitol Wednesday was organized by residents in hopes to sway the governor to veto the abstinence-only sex education bill.

The protest against House Bill 363 was out of outrage from some residents who say the public school sex education abstinence-only bill goes too far.

HB 363 was sponsored by Rep. Bill Wright, R-Holden, a bill that would change Utah’s public schools’ abstinence-based sex-ed curriculum to abstinence only, after discovering what his 5th grade granddaughter was learning.

"Why don't we spend this 30 minutes a day doing math or reading," said Holden earlier arguing in favor of his bill.

The bill narrowly made it out of the House Committee.

But despite protest from Democrats, the House passed HB 363 in a 45-28 vote last month. Then it moved on to the Senate.

Despite it being a potential hot-button issue, the bill sailed through the Senate with minimal discussion, ending in a 19-10 vote.

Then Tuesday night, after a backlash of the thousands of Utah online petitioners opposing the bill, the governor said he is still waiting to made a final decision.

“I'm going to do an analysis about this and I’m going to be methodical,” said Gov. Herbert.

Herbert stayed on that message for a week with mounting pressure from two sides. One side has 40,000 signatures on a SignOn.org petition declaring their opposition to the bill. Meanwhile, conservative groups like the Sutherland Institute and Utah Eagle Forum have launched counter petitions asking the governor to sign the bill.

Many of the protestors are parents upset that they would not have a choice if HB 363 becomes law. The governor says he will not be swayed by public opinion but will make his decision based on what he feels is the best public policy.