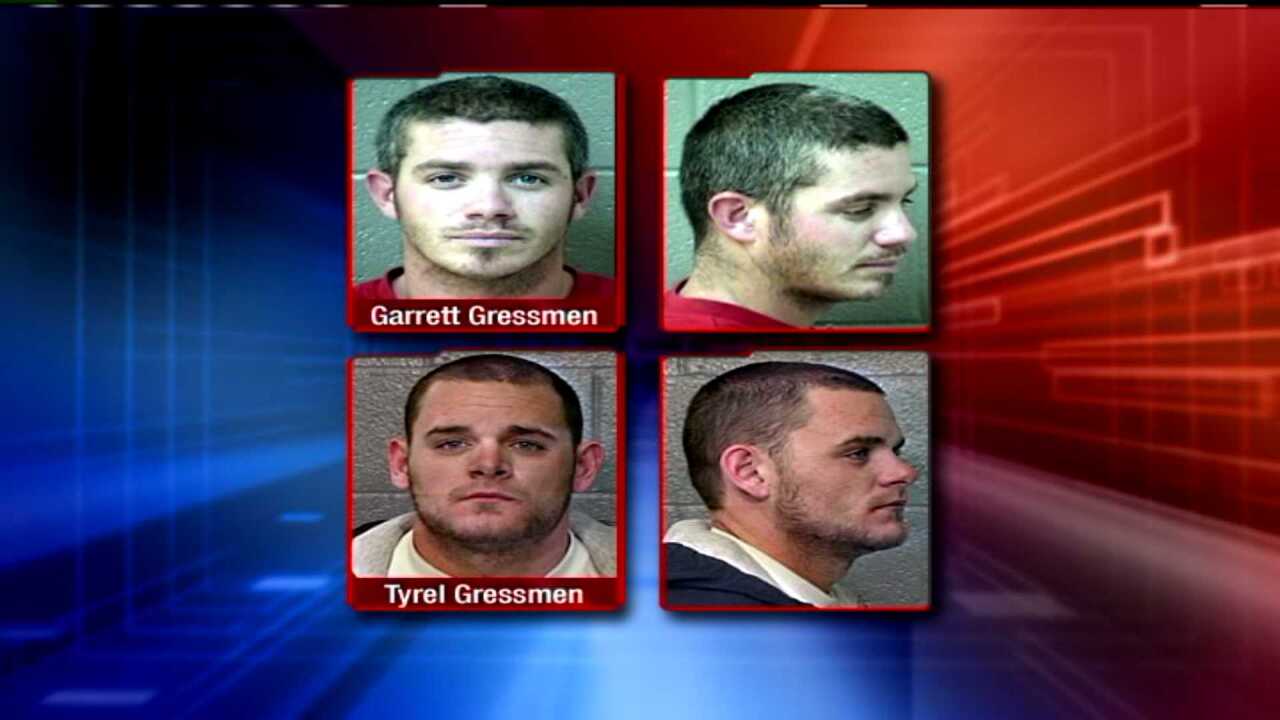 HEBER -- Two suspects were arrested by county sheriffs and are accused of stealing thousands of dollars worth of property from a couple of horse ranches in Wasatch County.

Police say Tyrel and Garrett Gressman stole several thousands dollars of equestrian gear and vehicles from two barn burglaries last weekend alone. They believe the cousins may be responsible for even more crimes.

Wasatch County investigators say the suspects started their crime spree at the Fifth Rock Ranch by cutting a lock and helping themselves to the property. They wound up spending nearly two days there while allegedly stealing nearly $150,000 worth of property.

Folks in this close knit, rural community are not used to break-ins and burglaries.

"I don't even think you can describe it, it's sickening. I think I could still cry about it today, what they did to my family and what they did to our neighbors," said Erin Grady, who is the daughter to one of two neighboring property owners in Heber who had items stolen last weekend.

Wasatch County Sheriff Todd Bonner says the owners did not realize the crimes until early this week.

"It hurts, it feel like you've been violated and as law enforcement we feel their pain," said Bonner.

Since these are horse properties, Bonner says the thieves probably figured no one would be around for a while and spent most of last weekend ransacking horse trailers, barns and stables.

Soon after Wasatch County Sheriffs got the case, Bonner got a call from the Utah County Sheriff's Office about a stolen car out of Summit County allegedly being driven by Heber resident Tyrel Gressmen.

Early Friday, deputies raided Garrett's Heber apartment and found power tools, horse tack, saddles, bridles and other items. In the back of his property they discovered a Dodge pick-up reported stolen last weekend. It used to be red but Bonner says the suspects spray painted it black.

"We're probably looking at, everything that was taken, between 130 to 150 thousand dollars, between vehicles and tack,” said Bonner.

Both suspects now face numerous charges in three different counties, but police have only recovered some of the property. Several saddles, some of which cost thousands of dollars, have already been sold.

The owners of the stolen property hope the public will help them reclaim the rest.

"We have a brand, it's the 'Rockin Lazy G,' almost everything we owned is branded so. If you see that on something you purchased, please call the sheriff,” said one property owner.

After serving the search warrants and making arrests, investigators found more property they believe does not belong to the Gressman cousins.

Wasatch County Sheriffs are asking residents to call if they have any information that can be helpful to this case: 435-654-1411.