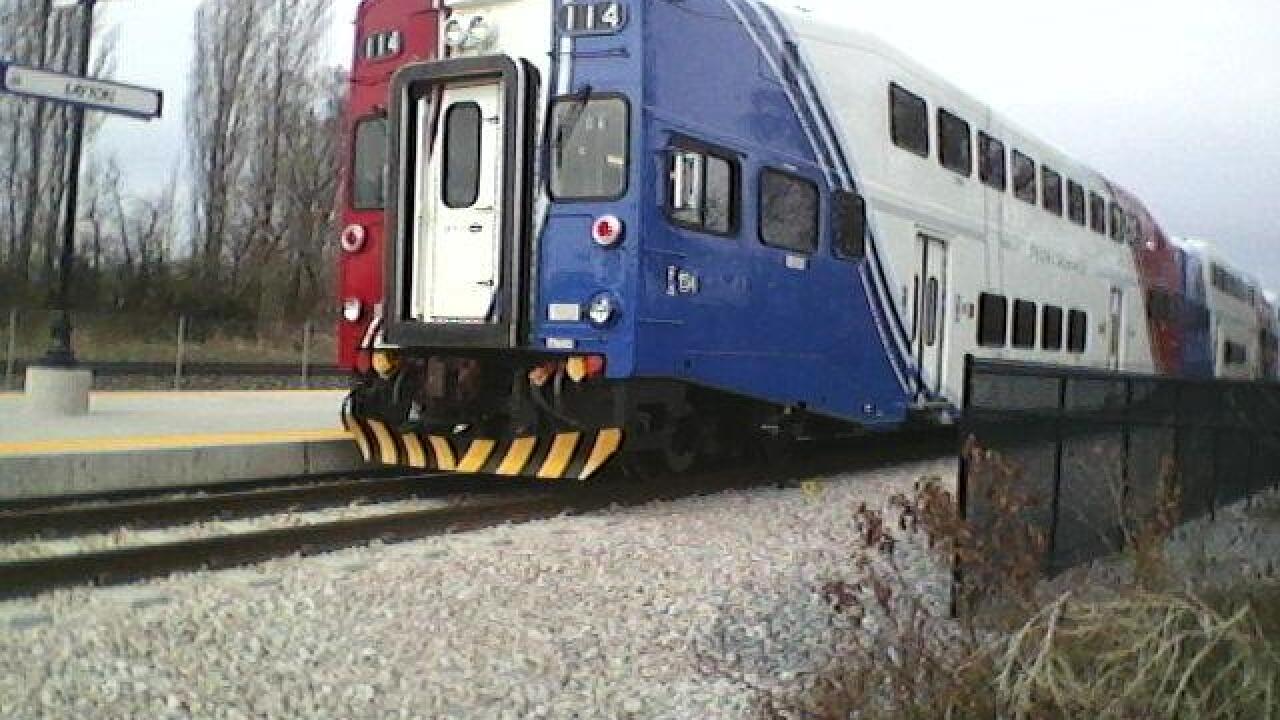 A UTA FrontRunner train hit and injured a woman in Layton Friday morning.

It happened at about 10:35 a.m. at the station at 150 South Main Street. A southbound train hit Mandy Hobson, a woman in her 30s. Hobson sustained a laceration on her head and another on her leg that required surgery. She was conscious when she was transported to an area hospital.

“As [the train] was approaching the station, it would have been decelerating, so it would’ve been somewhere between 25 and 30 miles per hour,” said UTA spokesman Gerry Carpenter. “It appears it was more of a side impact – a glancing blow – so, we really don’t think this was intentional but merely a case of not paying attention and being struck.”

Carpenter said there were passengers aboard the train and a bus bridge was activated to transport passengers between Clearfield and Farmington. By 11:15 a.m., the southbound FrontRunner trains in Davis County were running within five minutes of their scheduled times.

The incident serves as a reminder for people to exercise caution near railroad tracks and look both ways before crossing.

“Any time you cross railroad tracks, whether it’s here or Union Pacific tracks, you should always look both ways and make sure a train isn’t coming,” Carpenter said.

Layton police were at the scene Friday morning for an investigation.