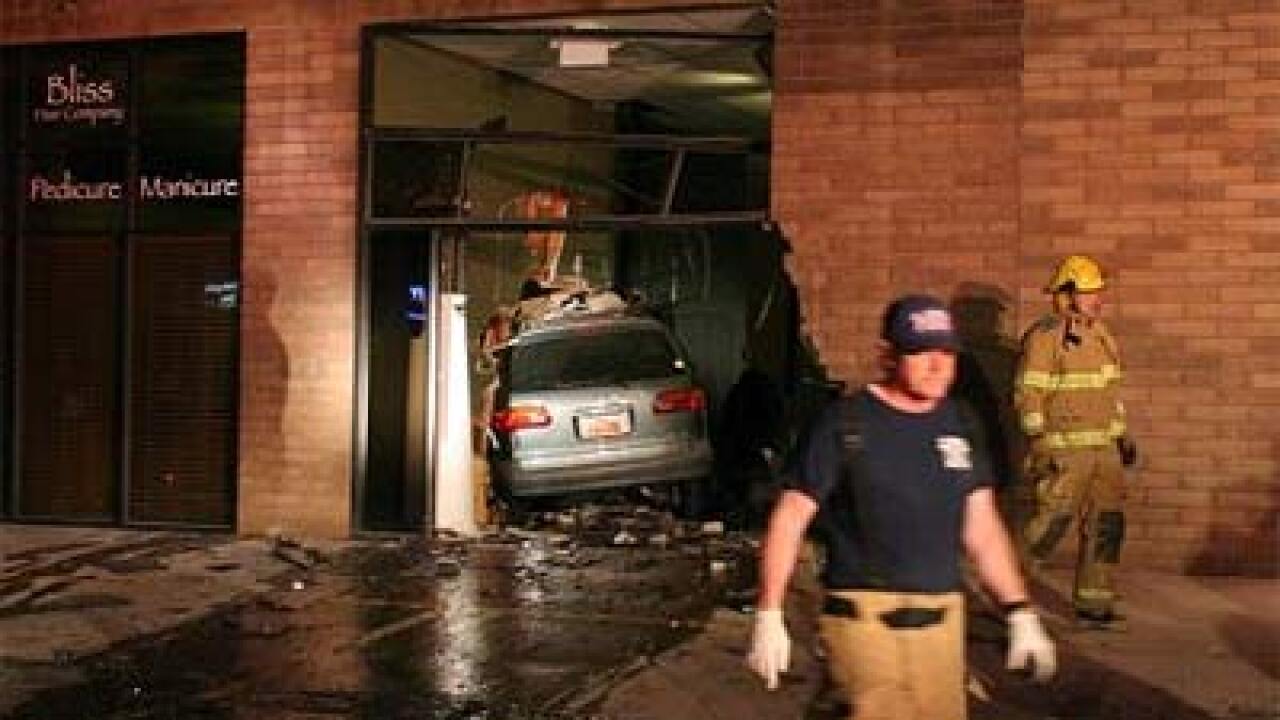 A man allegedly driving under the influence of prescription medication ran into a hair salon early Friday morning, according to police.

A 19-year-old St. George resident was driving north on Bluff Street when he veered off the road, across a parking lot and into the building at about 1:20 a.m.

Officers investigating the scene determined the driver was found to have been driving under the influence of prescription medication to the point that he could not safely operate his vehicle, according to a police statement.

The driver was cited and released at the hospital. His injuries did not appear to be life-threatening to the officers on the scene, said Capt. Van Fleet.

The building did sustain extensive damage, according to police. There was water damage from broken water pipes and several foot massage and nail stations were destroyed.