Patient’s kidney donor is both neighbor and nurse 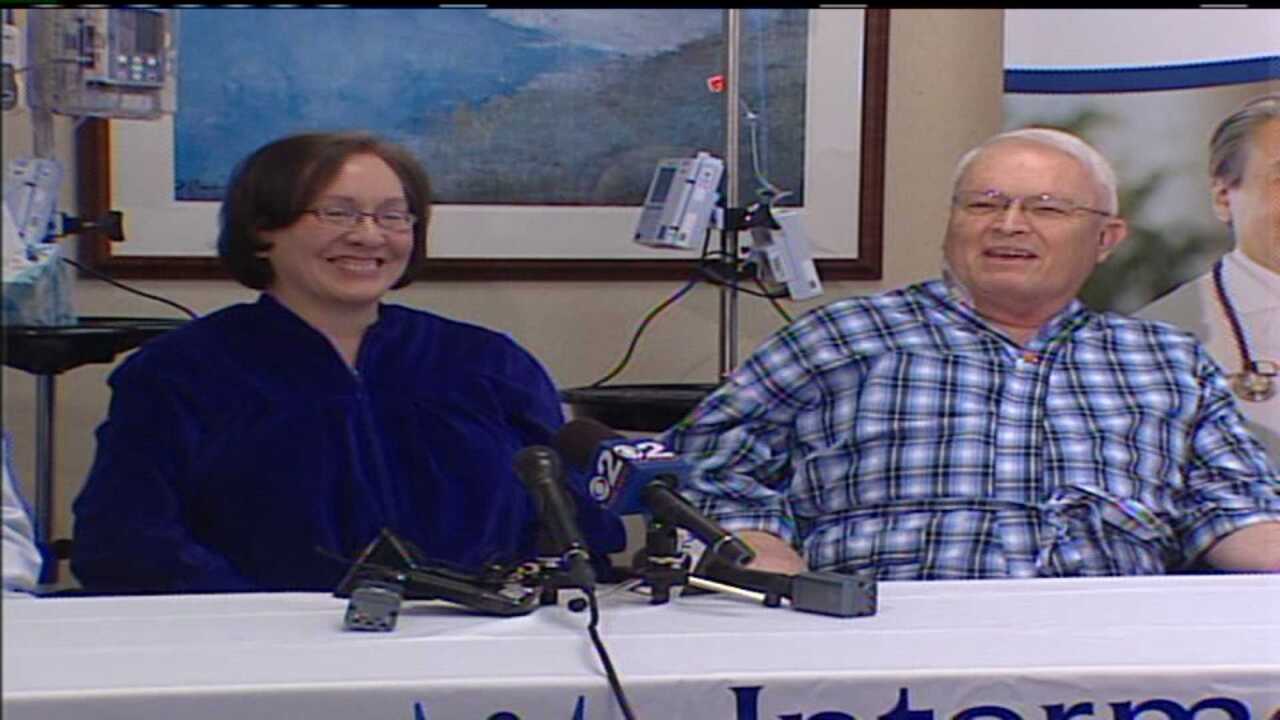 After waiting for a kidney for almost a year, Russel Mynes found a match from an unexpected source.

Doctors called Mynes in the middle of the night telling him they might have a kidney for him. Unfortunately, it wasn't a match and he went back on the waiting list.

"I've known Russell for 5 years and I knew he was having kidney problems," said Beck. "One day he came to work and was my patient. I felt really bad I had to send him home."

That encounter inspired Beck to donate her own kidney.

"Just sitting down and thinking about Russell and I felt inspired by God that it was something I should do," she said.

Fortunately, Beck's blood type and tissue profile were a match to Mynes and she was able to donate her kidney to her neighbor.

Mynes, who is the father of 10 kids and grandfather of 40, says there's no greater gift than what she gave.

"It means I get to be with them a lot longer," he said.

Both are still in the hospital recovering and Beck says she's thrilled to see Mynes doing so well.