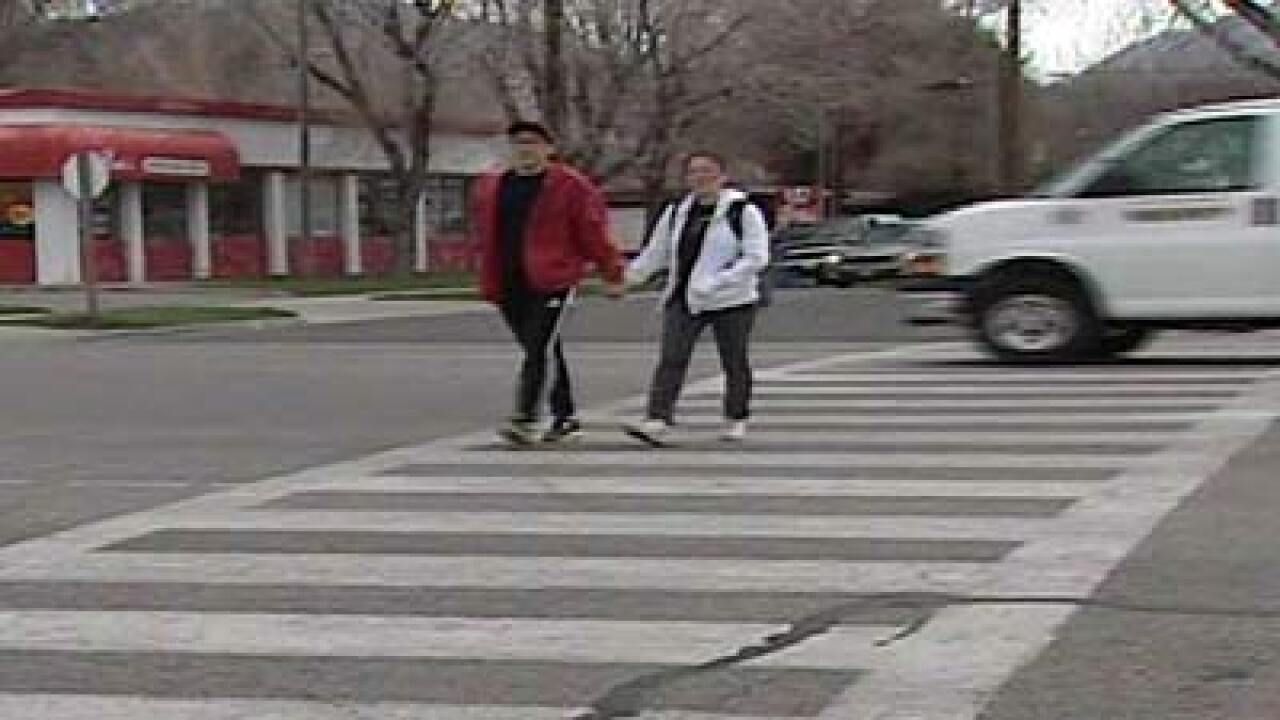 A traffic light has been in the planning stages for a dangerous Salt Lake City intersection for almost a year.

The crosswalk at State Street and 1500 South is marked with white lines on the street and pedestrians are sometimes supplied with orange flags to cross the four lanes of traffic. Many motorists do not stop despite it being marked as a crosswalk.

On March 14, a girl and her mother were run over while trying to cross  the intersection.  Six-year-old Ambrosia Amalathithaba died as a result of her injuries. Her mother, Natilie is in critical condition.

UDOT said that last April they started studying the intersection because area residents complained it was too dangerous. One of their concerns is that it is too close to Whittier Elementary and asked that something be done.

In September, funding was approved to put up a traffic light in this area. UDOT also has just finished design plans and is in the process of securing the property needed to put up the traffic signal. The plan is to start construction this summer.

Ambrosia's family held a candlelight vigil at the intersection corner of 1500 South. They have also set up a donation in the 6-year-old's name to help them pay for funeral expenses. Donations can be made at any Wells Fargo Bank.