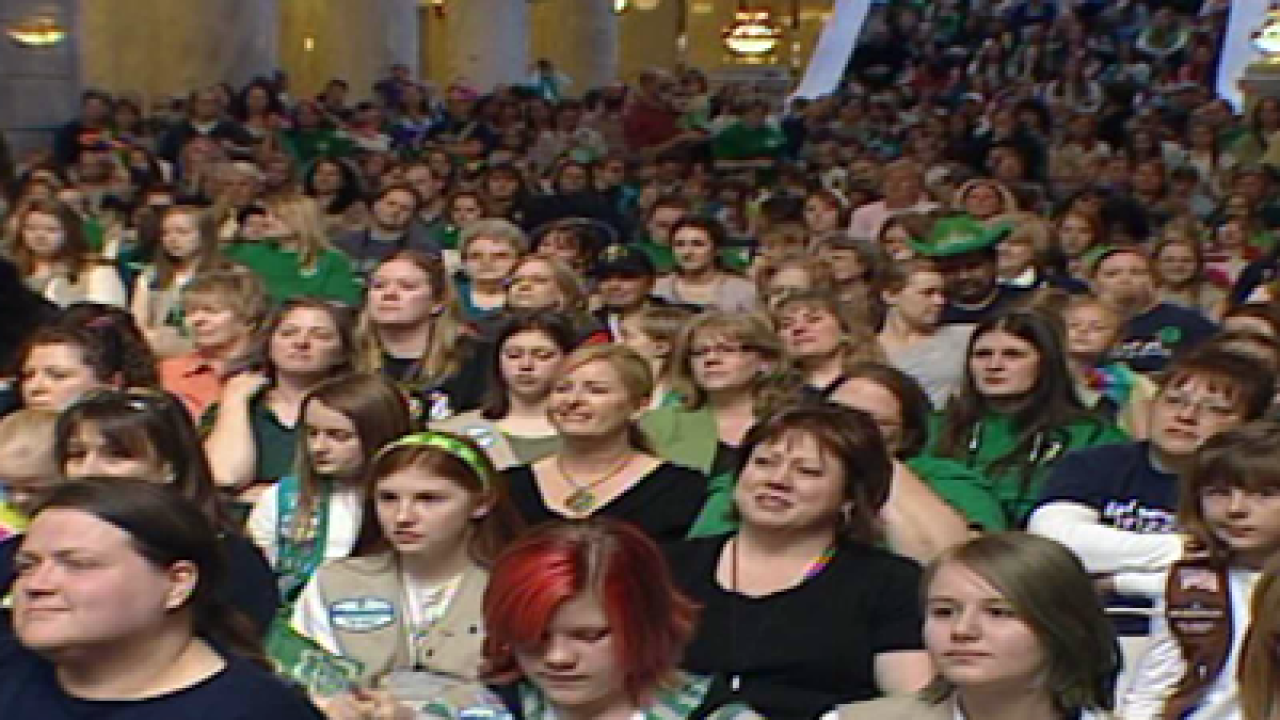 The Girl Scouts have been around for 100 years and a birthday party of grand proportions was held at the Utah State Capitol on Monday to celebrate.

1500 of the over 8,000 Girl Scouts in Utah gathered at the State Capitol to honor a century of scouting.

"They get fun, and they get opportunities to reach their leadership potential so they can grow up and do anythig they want whether it's the CEO of a Fortune 500 company or the CEO of their home," said Kathleen Sparrow, CEO of the Girl Scouts of Utah.

Governor Herbert was among the attendees at the celebration.

Every female astronaut was once a Girl Scout and so were nearly 70 percent of female US Congresswomen.

"I remember knocking on doors selling cookies. And that helped me prepare for political office, knocking on doors and asking for votes. It just brought back the times when I used to sell cookies. There really isnt much difference," said Sen. Patricia Jones, the Assistant Minority Whip for the Utah State Senate.

For more information about Girl Scouting and getting your daughter involved, visit gsutah.org.